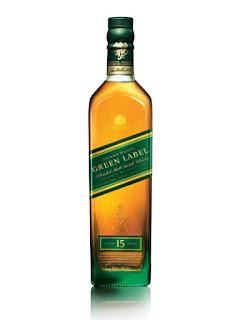 Johnnie Walker - Green returns
The cult classic Green Label is to be re-introduced to the core Johnnie Walker range in domestic markets around the world.  Having been withdrawn in all but a few markets around three years ago, whisky fans will now see it return.  The blended malt, which is made from four single malts from the Islay, Lowland and Speyside regions - Caol Ila, Cragganmore, Linkwood and Talisker - has a minimum 15 years of age as in the previous editions.  It is available now through specialist whisky retailers and has a recommended retail price of £40.39 for a 70cl bottle.

“The challenge of Johnnie Walker Green Label is to have a wide flavour spectrum from malts matured for 15 years in American and European Oak. Crafting this blend is all about making the aromas more pronounced and vibrant, allowing us to shape a blend that has the depth of character which just isn’t possible from one malt whisky alone.”
Jim Beveridge - Master Blender for Johnnie Walker. 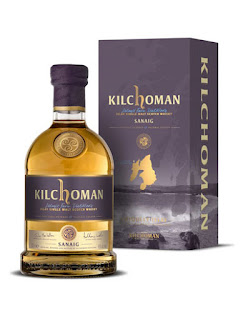 Kilchoman - Second coming
The independently owned Kilchoman distillery, the smallest on the famous whisky island of Islay, have announced the release of their second continuous bottling - Kilchoman Sanaig.  Named after an inlet on the coast to the north west of the distillery, Sanaig joins the Machir Bay expression to form a permanent range.  Sanaig is matured predominantly in ex-Oloroso sherry hogshead casks and compliments the ex-bourbon cask matured Machir Bay.  It is bottles at 46% ABV, is non chill filtered and of natural colour.  It will be available globally through specialist whisky retailers shortly.

“Sanaig represents another significant step forward for Kilchoman, it is important to be able to offer customers consistently available releases, until now Machir Bay has been performing that leading role, Sanaig will now share the spotlight.”
Anthony Wills - Founder and Managing Director, Kilchoman. 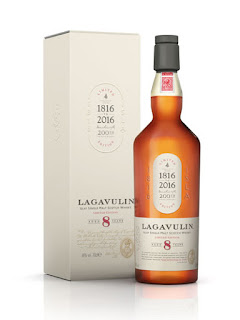 Lagavulin - Celebrations begin
The Islay distillery of Lagavulin is celebrating its bicentenary this year and details of the first commemorative bottling have been announced.  The Lagavulin 8 years old 200th Anniversary Edition pays homage to Victorian travel and whisky writer Alfred Barnard, who sampled an 'exceptionally fine' 8 year old expression during research for his book The Whisky Distilleries of the United Kingdom.  It has been matured in re-fill American oak casks and bottled at 48% ABV.  It will be available from the end of March and cost £50.95 a bottle.  To read our full review and tasting notes for more details - click here. 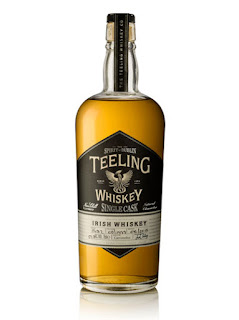 Teeling - St. Patrick's offering
The Irish independent whiskey producer of Teeling has announced the release of 12 single barrel bottlings that will be exclusive to the USA, one of its key markets.  The Teeling Whiskey Single Barrel Series sees 12 individual casks bottled for key on and off trade customers in America.  All casks selected were distilled in 2002 and matured in ex-bourbon barrels for 12 years, before being transferred to and finished in ex-white Port casks for a further year.  Each bottle is hand numbered, at the natural cask strength and will cost $85US and will be available in selected spirtis retailers for St. Patrick's Day (March 17).

“We are delighted to be able to release such unique and innovative expressions of Teeling whiskey in the U.S. for St. Patrick’s Day. In conjunction with some of the leading U.S. retailers we continue to drive the choice and breadth of offerings for Irish whiskey drinkers.”
Jack Teeling - Founder, The Teeling Whiskey Co. 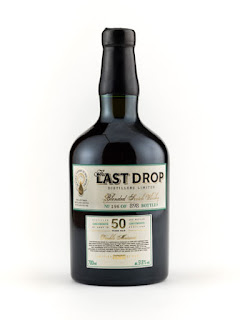 The Last Drop - Sixth release
The Last Drop Distillers have announced the release of the sixth bottling - the 50 years old Double Matured Blended Scotch.  The super premium blend was originally constructed in 1995 from over 50 single malt and single grain whiskies, and then left to marry in ex-bourbon casks.  The blend was then transferred to seven ex-Oloroso sherry hogsheads where it has been maturing further for the last 20 years.  The Double Matured Blended Scotch is hand bottled, sealed with wax and is non chill filtered and at the natural cask strength of 51.8% ABV.  There are just 898 bottles and each will cost £3,000.

posted by Whisky For Everyone at 6:40 PM

eToro is the #1 forex trading platform for new and pro traders.