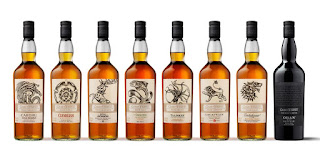 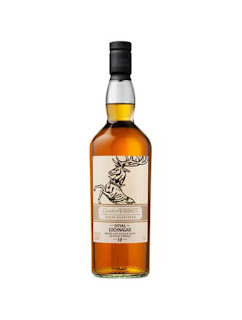 The small east Highland distillery is one of Diageo's smallest and sits close to Balmoral Castle in Aberdeenshire. It was founded in 1845 by John Begg and remains very traditional to this day. Just 500,000 litres are produced at Royal Lochnagar each year.

There are immediate aromas of toffee, malty cereals and dried orange peel. Underneath is sweetness and fruitiness - honey, vanilla, raisins, dried apple and coconut - along with hints of cinnamon and distant earthy peat smoke. On the palate this whisky is soft, velvety, luscious and thick. There is an initial bitter orange tang, plus toffee and sugary malted cereal notes. Then come raisins, green apple, candied peel, coconut and caramelised almonds plus hints of cinnamon, liquorice root, ginger powder and vanilla. finally, there is this mild and delicate sweet earthy peat smoke in the background. The finish is of decent length with a toffee note and a distinctive maltiness evident, with wood spices, orange zest and dried grass following. 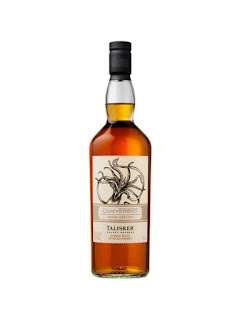 Until recently Talisker was the only distillery on the wild Hebridean island of Skye. It was founded in 1830 by two brothers - Hugh and Kenneth MacAskill - and the whisky has now grown in to a leading malt brand in Diageo's portfolio. The distillery has an annual capacity of 3.3 million litres.

The nose has an initial earthy, malty and peppery feel to it. Aromas of spiky peat smoke mingle with bittersweet cereals and warming spices such as ginger, cinnamon, clove and white pepper. On the palate this whisky has those elements present but it some sweeter notes of golden syrup and toffee that appear first. Then come the earthier and spicier elements with the peppery and savoury peat smoke dominating. Underneath are notes of milk chocolate and dried tobacco leaf, along with those warming spices from the nose. The gingerbread note really develops well and works well with the peppery nature of the whisky. The finish is long, dry and a bit hot. This is especially true once the sweet characteristics disappear early on. 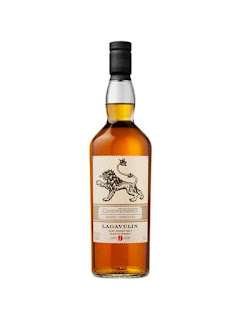 The iconic Islay distillery was founded in 1816 by John Johnstone and is one of Diageo's biggest selling malts. In fact, it is second in terms of sales in the Islay malt category. production has increased in recent years to reflect this and the annual production now stands at 2.5 million litres.

The only whisky in the series with an age statement begins with a nose full of peat smoke aromas - this combines elements of damp moss, seaweed, wet peat and surgical bandages. Sweetness is provided through aromas of honey, vanilla and icing sugar. On the palate this immediate peat smoke is again to the fore. It has a warm, drying and ashy feel to it, with the damp moss aand wet peat prominent. There is a heavy maltiness underpinning this, which is complimented by delicate sweetness of honey, sugar syrup, white chocolate and cream soda. Hints of fruit are also present (think of crisp green apple, white peach and lychee), plus green chilli and cocoa powder. The finish is very long, drying, smoky and punchy. 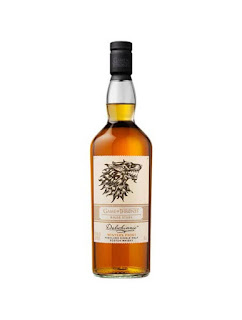 The Highland distillery is one of the highest in Scotland and was founded in 1897 under the name Strathspey by John Grant, Alexander Mackenzie and George Sellar. It became known as Dalwhinnie shortly after following a change of ownership. Annual production is 2.2 million litres.

The nose has a lovely soft mix of vanilla, fudge and stewed apple aromas, along with underlying further aromas of burnt caramel, dried pear, heather honey and a suggestion of marzipan. On the palate this whisky is soft and gentle with an initial sweetness - this has elements of honey, fudge, toffee and a hint of marshmallow. Then come strong notes of stewed apple, toasted almond and sweet malt along with some warming and earthy spices (think of gingerbread, cinnamon, all-spice, sawdust and clove), which add depth and complexity. The finish is again soft with these earthy spices coming to the fore as the sweeter notes fade. This creates a delicious dryness and warmth. 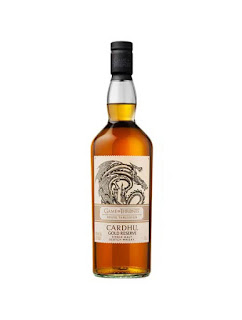 The nose has a distinct apple-like aroma that combines deliciously with toffee, brown sugar and a twist of candied orange peel. The mix make you think of toffee apples at the fairground. On the palate this whisky is soft with a lovely immediate sweetness that replicates the toffee from the nose. There are also notes of milk chocolate, honey and soft stewed apples along with hints of golden syrup, orange zest, bittersweet malt and cinnamon. Late notes of cocoa powder, dried pear and clove also appear. The finish is of decent length and warming, becoming slightly drier and earthier as time goes on. The maltiness also comes through more to elongate the finish, especially once the sweet toffee characteristics fade. 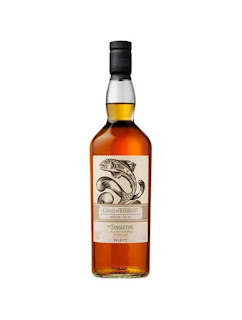 The little-known Glendullen in Speyside is actually one of Diageo's larger malt distilleries and is one of three to take The Singleton name. It was founded in 1897 by William Williams & Sons and became the favourite whisky of Edward VII. Annual production is five million litres.

The nose exhibits deliciously rich aromas of caramel, dried fruits (especially sultana, raisin and candied orange peel), milk chocolate, golden syrup and a hint of treacle. Underneath is something slightly herbal, almost grassy, and this has a menthol edge to it. On the palate this whisky is soft and gentle, and slightly lighter than suggested from the nose. Intense sweetness drives this malt with notes of brown sugar, toffee, honey, glacé fruits and  There is also a distinct maltiness - this gives a mouthwatering bittersweetness, especially when combined with some late baking spices (cinnamon and mace in particular), a hint of cocoa powder and a very late note of crisp gree apple. 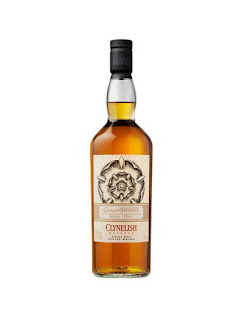 The north Highland distillery sits in the coastal village of Brora and was founded in 1967. It originally sat alongside the older distillery of Brora, which it would eventually replace in the 1980s, and overlooks the North Sea. The annual production is 4.8 million litres.

The nose has an immediate vibrancy and elegance - there are aromas of caramel, dried apple, honey and a very distinct hit of bitter oranges. Underneath is an earthy, almost malty, quality and a hint of tropical fruits (especially pineapple). On the palate this whisky has a wonderful mouthcoating texture and plenty of flavour. There are initial notes of bitter orange, caramel, milk chocolate and a hint of golden syrup. Then comes a wave of tropical fruit (the pineapple from the nose again, plus hints of peach and lychee). The earthy and malty notes are also never far away and add incredible depth and structure. The finish is long and warming, revealing a lick of sweet peat smoke right at the death. 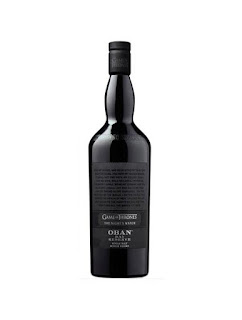 Oban is one of Diageo's smallest distilleries and also one of the oldest in Scotland to remain in operation. It was founded in 1794 by brothers Hugh and John Stevenson. The distillery was hemmed in on all sides as the west Highland town of Oban expanded, restricting expansion. Current annual production is 850,000 litres.

The nose has lovely aromas of freshly cut red apple, salted toffee and a distinct nutty edge (think of praline with a hint of brazil nut) to it. Underneath are further hints of malt, apricot jam and a pinch of cocoa. On the palate this whisky is soft and gentle with the salted toffee note showing first. Then comes some creamy butterscotch and brown sugar, along with notes of poached pear and stewed apple. The maltiness from the nose comes through strongly also and is complimented by hints of tinned peach and sugar syrup. A final pinch of baking spice and cocoa round things off nicely. The finish has a lovely warmth, dryness and length to it with a hint of gingerbread and charcoal powder appearing. 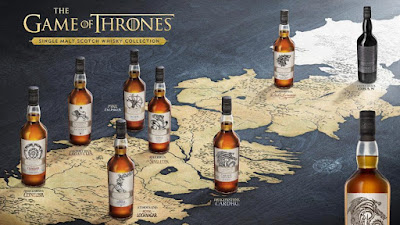 * We wish to thank Story PR and Billy Abbott for the supply of samples, the combination of which meant that we had all eight whiskies available to taste and review.