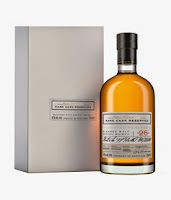 The Ghosted Reserve is the latest limited edition bottling in the Rare Cask Reserves series, which is released by William Grant & Sons.  It is a blended malt.  This term refers to a whisky that is made from two or more single malts blended together.  In this case, there are just two malts included and both are very rare as they come from the Inverleven and Ladyburn 'ghost' distilleries, which have been closed for a significant length of time.  The Ghosted Reserve has been created by Brian Kinsman, the Master Blender at William Grant & Sons.

In Conversation with ... Olly Hicks

Whisky For Everyone was recently lucky enough to be invited to have a chat with Olly Hicks, round the world rower and marine adventurer. Olly has been working with The Black Grouse over the last year sharing his experiences through ‘in conversation’ events alongside renowned explorers Sir Ranulph Fiennes, Kenton Cool and Ben Fogle. The events have compared The Black Grouse’s distinctive character with the undeniably distinctive explorers.

Read more »
posted by Whisky For Everyone at 12:48 PM No comments:

This is the newest addition to the core range of the popular Label 5 blended Scotch whisky brand.  The Gold Heritage is designed to be a premium blend and has been created by Graham Coull, the Master Blender for Label 5.  It includes a complex mix of whiskies including single malts up to the age of 20 years old.  The Label 5 brand is owned by French drinks company La Martiniquaise. They also own the Glen Moray single malt distillery, which is located in Elgin in the Speyside region of Scotland.

This whisky is the latest release from the little known Speyside single malt distillery of Kininvie (pronounced kin-inn-vee).  The first whisky using the Kininvie name was released in 2013 and this batch will arrive in selected markets in limited numbers shortly.  This 23 years old expression sits alongside a 17 years old bottling, which is exclusive for the travel retail sector.  Kininvie whisky has quickly gained a cult following due to its rarity and we were intrigued to try the Batch 3 at a recent event, as we had never sampled anything from the distillery before. 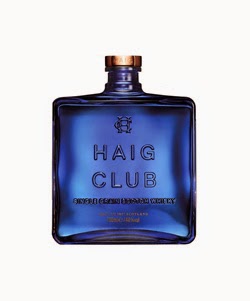 Haig Club was one of the biggest and most talked about whisky releases of 2014.  It is a single grain whisky and launched the genre on a global scale with unprecedented coverage.  The term 'single grain' refers to whisky that is made at one location and from a grain other than barley.  This is usually maize or wheat.  The brand has been the subject of one of the biggest, if not the biggest, celebrity links in whisky history with the use of David Beckham and this has brought it much attention from media and consumers alike.

Read more »
posted by Whisky For Everyone at 5:25 PM 2 comments:

Talisker Skye is the latest whisky in the core range from the popular single malt distillery from the Scottish Isle of Skye. The whisky is created in homage to the rugged landscape and wild seas that surround the island distillery with tastes of fresh citrus, sweet smokiness and the maritime influence which is a signature of Talisker whiskies. This expression is constructed using toasted and refill American oak casks that are hand selected by Diageo's Master Blenders. It sits within the range consisting of Storm and Port Ruighe as the lighter, fresher and most citrusy of the series, but with an extra edge of sweetness compared the 10 year old thanks to the selection of a slightly higher proportion of toasted casks. Skye is bottled at 45.8% ABV and will be available in Spring 2015. The anticipated recommended retail cost will be £33.

Read more »
posted by Whisky For Everyone at 7:44 PM No comments:

This is a new expression for the core range single malt range of Oban. The whisky is so named because Oban translates as 'little bay' from Gaelic and it has been created by two of Diageo's Master Blenders, Dr Matthew Crow and Dr Craig Wilson. They have used a range of different ages of whisky, which have been matured in three types of casks - European oak ex-sherry casks, re-fill casks with new oak cask ends and re-fill American oak hogsheads. These have then been combined and married in small oak casks for a short period of time to allow integration of flavours.

This is the travel retail exclusive bottling for the Craigellachie range that was released last year.  This was the first range of malts to be released by the distillery and was part of a wider programme of single malt releases by owners John Dewar & Sons, part of the Bacardi group. This programme, entitled The Last Great Malts, aims to showcase Craigellachie and the other Scottish distilleries owned by the group - Aberfeldy, Aultmore, Macduff and Royal Brackla. Only the Macduff and Royal Brackla now remain to be released, and both will appear later this year.

This is the newest addition to the premium Irish pot still whiskey range of Midleton.  With this release Irish Distillers, the owners of the Midleton distillery and part of the larger Pernod Ricard group, have decided to take the brand in a different direction.  This involves the use of Irish oak (or Dair Ghaelach in Gaelic) in the maturation of whiskey for the first time since Prohibition in the 1920s and 30s.  The launch event was held in Ireland last week and Whisky For Everyone was invited to find out about the project and enjoy some good old Irish hospitality ...

Read more »
posted by Whisky For Everyone at 7:49 PM No comments:

This is a new blended malt from the leading artisan whisky company of Compass Box.  The Lost Blend is inspired by the O. Henry book of the same name from 1907, in which the author writes "Distilled elixir of battle, money and high life!"  It also pays homage to Compass Box's own 'lost blend' - the Eleuthera - and combines three single malts (from the Allt-a-Bhainne, Caol Ila and Clynelish distilleries).  The packaging also features other items lost to history, including a gramophone and the dodo.