Ardbeg - Day becomes Night
The annual Ardbeg Day celebrations, which take part during the Feis Isle Islay Festival, will take a darker turn in 2016 after being renamed Ardbeg Night.  This is on May 28 this year.  This year's limited edition release is named Ardbeg Dark Cove and is inspired by the murky past of smugglers and illegal distillers that inhabited the area around the distillery.  More details of the whisky will follow, but for now Ardbeg have released this teaser video ... 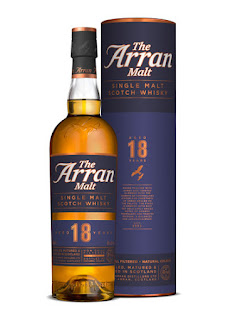 Arran - 18 again
The independent Isle of Arran distillery has announced that it plans to kick off its 21st anniversary with a second batch of its 18 years old expression, which remains the oldest whisky to be released by the owners to date.  It will be a permanent fixture in the core range of Arran malts and this second version has been matured in ex-sherry casks and is bottled at 46% ABV, is non chill filtered and of natural colour.  It will be available through selected specialist whisky retailers shortly and via the distillery website - www.arranwhisky.com.  The recommended retail price is £75.


Balvenie - Time for Dinner
The famous Speyside distillery has teamed up with Michelin-starred chef and TV personality Michel Roux Jr for a new series of short films celebrating British craftmanship.  The Balvenie Craftsman's Dinner sees Roux Jr visiting six of the UK's top culinary craftspeople and then bringing them all together for a meal cooked by himself.  These include a wine producer, a fish smoker and one of the last manual knife producers in the UK.  The six films will be released fortnightly starting with the first one on March 15.  Here is a short teaser to whet the appetite ... 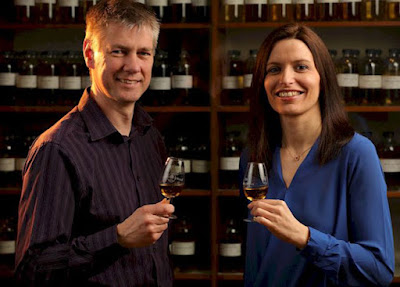 The Famous Grouse, the UK's biggest selling blended Scotch brand, has a new Master Blender.  Kirsten Campbell has been appointed to the role and will also remain as Master Blender for the Cutty Sark brand.  She replaces Gordon Motion, who she is pictured with above and has worked alongside for the last eight years.  He moves to become Master Whisky Maker for The Edrington Group's single malt portfolio.  This includes Glenturret, Highland Park and The Macallan. 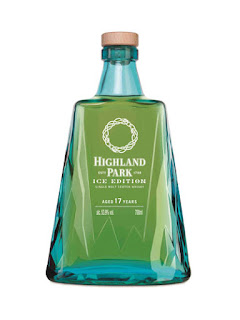 Highland Park - Ice Ice Baby
The Orcadian distillery of Highland Park has announced its latest limited edition, which follows on from the recent much-celebrated Valhalla Collection.  The Highland Park Ice Edition again pulls on the Nordic heritage of the Orkneys and is inspired by stories of the Ice Giants in Norse mythology.  It will be followed by the Fire Edition in 2017.

The single malt is 17 years of age and has been matured predominantly in ex-bourbon casks.  It is bottled in a bespoke blue glazed glass bottle, which is housed in an extraordinary wooden stand, and at the cask strength of 53.9% ABV.  There will be 30,000 bottles of the Ice Edition and they will be available through specialist whisky retailers worldwide.  A bottle will cost £190. 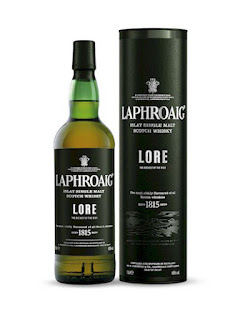 Laphroaig - Lore and order
The iconic Islay distillery of Laphroaig has announced  details of its latest limited edition - Laphroaig Lore.  Lore, meaning 'speech' or 'story' is the Islay form of Gaelic, is a mix of different ages and styles of Laphroaig.  It is a marriage of different malts - the first matured in quarter casks and finished in European oak hogsheads, another matured in first fill ex-sherry butts and some matured in ex-Laphroaig casks.  It is described as 'the richest ever Laphroaig' by Distillery Manager John Campbell.

Initially Lore was released earlier this week to Friends of Laphroaig members (please note - this allocation has already sold out) and will appear in various world markets shortly.  Similat batches of Lore will then follow annually.  It has been bottled at 48% ABV and has gone through a simple barrier filtering process.  Details of numbers have not been released and the price is £85.

posted by Whisky For Everyone at 7:12 PM