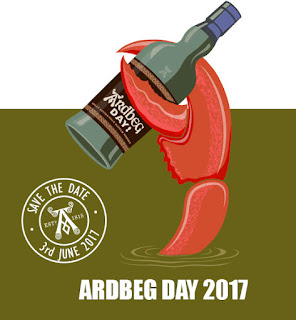 The cult Islay distillery of Ardbeg have given further details of their Ardbeg Day activities on Saturday 3 June. The Greenwich Yacht Club on the banks of the River Thames in London hosts one of the main events and Ardbeg fans are invited to take part.

The launch of the limited edition Ardbeg Kelpie will be supported by numerous activities - tutored tastings, boat races on the river, food pairings, an Ardbeg pub quiz and much more. Tickets are still available and cost £40 per person. For further information and to purchase tickets, please visit www.moethennessy-selection.co.uk/ardbegday2017. 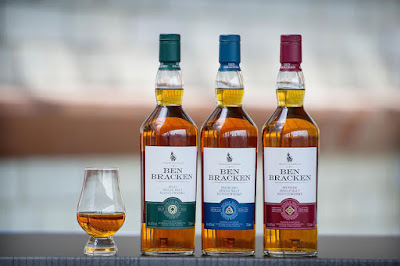 Supermarket chain Lidl have announced a new range of three single malts. The trio are released under the Ben Bracken name and include regional expressions from the Highlands, Islay and Speyside. All are bottled at 40% ABV and each costs £17.49. The three single malts join Lidl's award winning collection of whiskies that include the Ben Bracken 22 years old malt, plus the Glen Alba 22 years old and Queen Margot 3 years old blends. 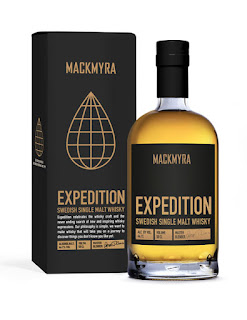 Mackmyra
The Swedish single malt brand of Mackmyra has announced a new whisky that will be exclusive to the travel retail market. The Mackmyra Expedition is a limited edition and is designed to honour the whisky making skills and new discoveries within Swedish whisky. The Expedition has been matured predominantly in ex-bourbon casks before being transferred for a short period to ex-cloudberry wine Swedish oak casks. It has been released in 500ml bottles and at a strength of 46.1% ABV. No indication of price was given in the press release.

"The travel retail market is huge, and with this unique, exclusive product, we are taking our first steps out into that global market. Expedition reflects Mackmyra’s Swedishness and originality. It is perfect for the international whisky drinker who is looking to experience Swedish flavours."
Lisa Collins, Travel Retail Manager at Mackmyra. 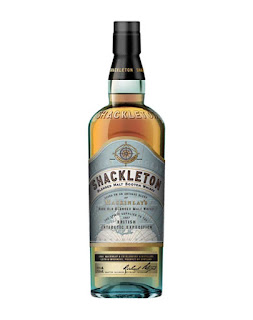 Shackleton
Whyte & Mackay have announced a permanent version of the previously limited edition Shackleton blends that will join its core range of whiskies. The new expression is a blended malt and is again inspired by the Mackinlay's Highland whisky discovered under the ice in 2007, which was from Shackleton's ill fated expedition to the South Pole in early 1900s. The blended malt has been created by Whyte & Mackay's Master Blender Richard Paterson, who also recreated the original two Mackinlay's/Shackleton releases.

The packaging includes a recreation of polar charts used on Shackleton's expedition on the box and a quote from Shackleton is embossed on the glass bottle, the shape of which is modelled on the original MacKinlay's bottle. The Shackleton family motto of 'By Endurance We Conquer' and his compass also feature on both. The Shackleton blended malt is also much cheaper than the two previous limited editions - the cost is £40 per bottle. It is available in travel retail, France and the UK now. This will be extended to China, Hong Kong, Singapore, Taiwan and the USA later in the year. 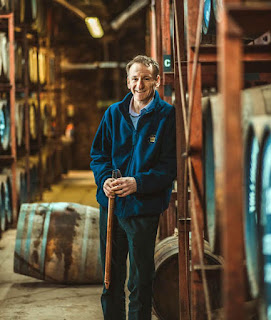 Tullibardine
The Highland distillery of Tullibardine have announced its first ever Master Blender. Keith Geddes joins in the position with previous experience in the industry working for John Dewar & Sons and Chivas Brothers. He join Distillery Manager John Torrance and distillery workers, and will be responsible for all bottlings of Tullibardine going forwards. It signals a promising long term approach from French owners Terroirs Distillers as they look to invest heavily in Tullibardine Highland malts.

"The distillery is home to an array of remarkable expressions, and I’m looking forward to further evolve the brand and to deliver the character and quality of the whisky, from production to bottle. I’m joining the team at an exciting point."
Keith Geddes.