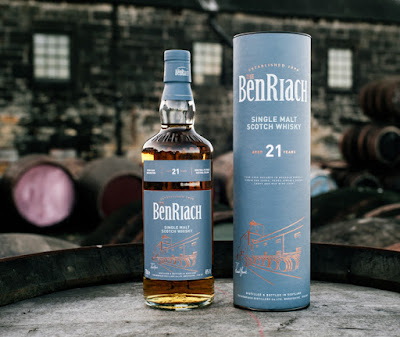 These have been selected and married by Rachel Barrie, the Master Blender at Benriach. It is bottled at 46% ABV and is non chill-filtered and of natural colour. A bottle will cost £125 and will be available shortly through selected specialist retailers. A 21 years old peated version will also be launched in early 2018.

"At Benriach we have developed a reputation for innovative maturation using an eclectic mix of cask types. The 21 year old is the next step on this innovative journey, bringing together four eclectic casks in one single malt."
Rachel Barrie. 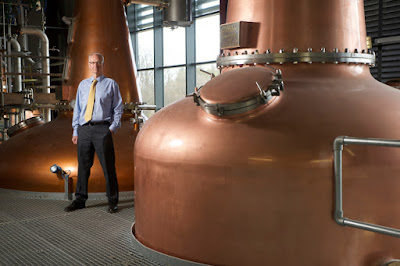 The Fife-based distillery of Inchdairnie, which opened in May last year, has announced that it has begun producing an American-style rye whisky. It is believed to be the first rye whisky to be distilled in Scotland for over 100 years and will be matured in American oak casks. No due date for release is scheduled but will be named Ryelaw.

Under the Scotch Whisky Association regulations it will have to be labelled as single grain Scotch whisky.The innovative distillery, owned by John Fergus & Co, has been developing the recipe and techniques for almost a year and distillation began at the start of December.

"Our intention with the distillery right from the start was to push the boundaries of flavour in whisky using a combination of our experience and new technology while remaining true to whisky’s traditions. Creating rye whisky is one of many experimental ideas we had in mind when we built the distillery."
Ian Palmer - Managing Director of Inchdairnie. 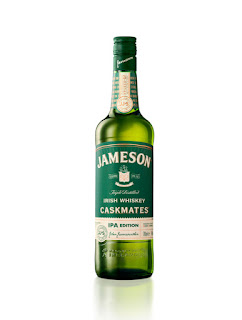 Jameson
The leading Irish whiskey brand of Jameson have announced a global extension to their core range with the worldwide launch of Jameson Caskmates IPA Edition. This follows a successful trial in Ireland during Autumn 2017 and joins the original Caskmates Stout Edition, which was launched in 2015. It is designed to attract new drinkers to the brand. The IPA Edition is bottled at 40% ABV and will be released in the USA before Christmas. A full launch in Ireland and Europe will follow in early 2018. A bottle will cost £33.50 ($45 USD).

"It’s great to see the range growing so that more craft beer and whiskey fans alike can experience Jameson Caskmates. I recommend trying the new release on the rocks or paired with a craft IPA."
David Quinn - Master of Whiskey Science at Jameson. 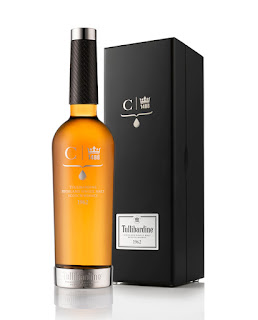 Tullibardine
The Highland distillery of Tullibardine has announced the third release in its Custodians Collection - the Tullibardine 1962. It follows the 1952 and 1970 expressions in the series. The whisky is a combination of two rare American oak casks that were distilled and filled on 27 December 1962 and has been maturing ever since. The two casks have yielded just 250 bottles and these will be available in selected specialist whisky retailers worldwide. Each bottle will cost £1,990. For further information on the Custodians Collection, please visit the dedicated website - click here.

"This is truly a very special release for the distillery, and one which is precious to us at Tullibardine. The 1962 makes up a trio of limited and sought-after malts. We hope that our customers join us to celebrate this historic release."
John Torrance - Distillery Manager at Tullibardine.

posted by Whisky For Everyone at 9:26 AM