Inbox is our weekly round up of whisky news and PR type material that has found its way in to our email inbox. Sadly, we cannot write full articles or do justice to every piece that we receive, so Inbox was born! It features items from around the world of whisky and is published by us each Friday. Within Inbox we will write a few lines detailing each press release/piece of news/PR event that we have received and provide links, where possible, for you to find out further information if you want to. Here's the news that caught our attention this week ...
______________________________________________________________
Glencairn Crystal > Expansion plans announced 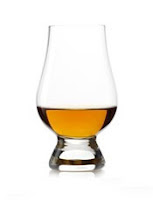 The Scottish glassware company Glencairn Crystal have announced plans for a £500,000 expansion plan for the next three years. The family owned company is well known for designing their whisky tasting glass, which is now virtually the industry standard tasting glass. In addition, they have produced various other items of bespoke glassware for other companies, such as decanters and bottles - this has helped Glencairn secure first place as the leading glassware supplier to the Scotch whisky industry. The £500,000 investment includes the recent acquisition of Collins Crystal and will then involve new product development, an expansion of their factory in East Kilbride and the creation of six new jobs.

Berry Brothers & Rudd, the owners of the Glenrothes distillery, have released the latest addition to the award winning Vintages single malt range. The Glenrothes 1995 has been matured in three different types of casks – first fill American oak ex-sherry casks, first fill Spanish oak ex-sherry casks plus refill casks to add subtly. Although only just released, the 1995 Vintage has already snaffled its first award at the Ultimate Spirits Challenge 2011, where it got a Gold Medal. The whisky is bottled at 43% ABV and can be purchased through Berry Brothers (www.bbr.com) - it will shortly be available through other specialist retailers. A bottle will carry a recommended retail price of £45. For further info, go to www.theglenrothes.com.

Last week saw the launch of the latest small batch release from Islay’s newest and smallest distillery of Kilchoman. The launch was held at the distillery and the world of whisky was invited – we were disappointed that we couldn’t take up our invite due to work commitments. Anyway, the whisky is a three year old that has been matured in ex-bourbon casks. It has been made in the lightly peated style with a phenol level of roughly 15-20 phenol parts per million (PPM) and bottled at a strength of 50% ABV. The name of 100% Islay is given as it is the first known single malt to have all aspects of its production carried out on the island. The barley has been grown and malted on Islay, then dried using its famous peat, before being distilled, matured and bottled at the distillery. There are 11,300 bottles in the release and each will retail for £69. There is also a special version which is being sold only at the distillery shop – there are only 1,060 bottles of this, which is 61.3% ABV, presented in a hand crafted oak box and will cost £149. For more info, go to www.kilchomandistillery.com.

Royal Salute, the premium blended whisky of Chivas Brothers/Pernod Ricard, have announced a new special bottling to add to their portfolio – the Royal Salute ‘Tribute of Honour’. It has been created to pay homage to the UK’s oldest set of crown jewels, named The Honours of Scotland. It also marks Colin Scott’s 21 years in the prestigious position as Master Blender of the Royal Salute. Because of this, and the high age of the whiskies used in the blending (the youngest is 45 years old!), there are only 21 bottles. Each is presented in a specially commissioned flagon that is adorned by diamonds, gold and silver, which have been hand set by Garrard – the oldest jewellers to the Royal Family. The Tribute of Honour will be released in September. Each bottle is hand numbered and will cost in the region of £300,000.
posted by Matt C at 4:53 PM

Am I reading this right, a 3yo cask strenght at £149 ?
I fear the day I won't be able to buy Scotch anymore isn't far away.