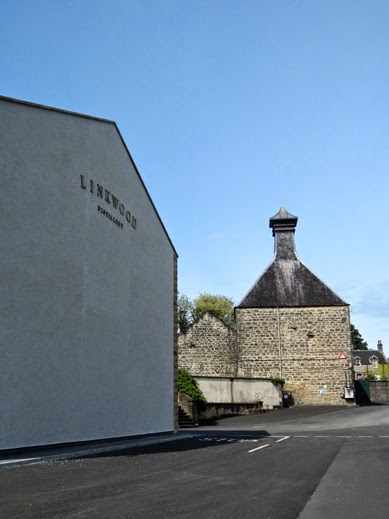 A few weeks ago we headed north and paid a visit to the annual Spirit of Speyside Festival.  One of the highlights of our trip was a special tour, which is only run once a year during the festival, called The Laich of Moray.  This tour takes in four of Diageo's single malt distilleries around the Elgin area of Speyside that are not normally open to the public - Glen Elgin, Glenlossie, Linkwood and Mannochmore.  Our guide for the trip was Eric Walker, the Senior Site Manager in charge of the four distilleries.  So, on a bright Spring Saturday morning we boarded a minibus full of European malt fanatics and headed for Linkwood, our first distillery of the day and one which we knew very little about.

The Linkwood distillery is located on the outskirts of Elgin and was founded in 1821 by Peter Brown.  He remained in charge until his death in 1868, when Linkwood was inherited by his son William.  He rebuilt the distillery in 1873 to increase capacity and it was again doubled in capacity in 1897.  Linkwood became part of Scottish Malt Distillers, a subsidiary of the Distillers Company Ltd which would later go on to form part of the current owners Diageo.

The distillery was again rebuilt in 1962 and a new four still stillhouse (called Linkwood B) was built in 1971.  This ran alongside the old two still distillery (then called Linkwood A) until 1985.  Linkwood A was then demolished last year and the two stills were rehoused in an extension to Linkwood B.  This extension also holds six new washbacks, but more about those later.


Our tour was led by Pierrick Guillame, the new Trainee Site Operations Manager at Linkwood, who was supported by Eric.  Linkwood was the first distillery that Eric worked at when he started in the industry 35 years ago and he has a clear affection for it.  As we head to the mashing room, Pierrick explains that they have five malt bins at Linkwood and each holds a staggering 28 tonnes of malted barley.  It takes an hour for each bin to be filled.  The malt is produced mostly within Diageo's own facilities and current strains being used include Belgravia and Concerto.  This is then milled down in the Porteus mill in four hour sessions to produce their grist.


The mash room is actually part of a much bigger open plan room that also house five fermentation washbacks and an operations office.  This is the old part of the current distillery, which was built in the early 1970s.  The mash tun is quite new and was installed in 2011.  It holds 12.5 tonnes of grist and they use three waters to extract as many of the soluble sugars from it as possible.  Each water is added at an increased temperature (68°C, then 76°C and finally 86°C) to achieve this.  An interesting stat from Eric at this point was that each mash will end up producing 12,500 bottles of whisky.


Upon moving to the washback area, we took a detour in to the operations office.  This was built last year as part of the distillery expansion and from here the entire production site can technically be monitored by one person, although more are employed at the site. What was slightly reassuring was that despite all of the technology, much of the paperwork still has to be recorded by hand for inspection by the Customs & Excise department.  Tun Room No.1 has five washbacks, each of which can hold up to 57,000 litres of wort and taking around four and a half hours to fill each one.


The new 2013 extension is partly home to Tun Room No.2 - this is home to six further washbacks and each is the same size as the originals.  In both cases 205 litres of creamed yeast is added to the wort and this allows fermentation to begin quickly.  The fermentation time is around the 75 hour mark and this helps to create the grassy and floral notes that makes Linkwood so desirable amongst whisky blenders.  The new extension has a more clinical feel to it but somehow seems to retain the character of the older section.


The view from the new tun room is also one of the highlights of the tour.  One side gives a view over the limited number of warehouses that remain on the site, but the real gem is from the other side.  This gives a perfect elevated view of the old pagoda and malting buildings, which are now also used for warehousing.  Eric tells us that pagoda is actually called a Doig Ventilator, after its Victorian creator Charles Doig.  The architect, who designed numerous distilleries in the Speyside region, drew inspiration from Japanese architecture to create the iconic symbol of many distilleries.  The function was to draw air and smoke through the drying malt in the kiln, which would have a fire at its base.


Next stop was the still room, which is now an L-shape following the addition of the recent extension.  The new section is home to one pair of stills, which were actually previously housed in the old part of the distillery that was knocked down during the renovation.  These had not been used since the mid-1990s.  The older section has two further pairs of stills and the two parts have been integrated in such a way that it feels like it has always been like that.


The introduction of the new washbacks and additional two stills has raised Linkwood's annual production capacity to 5.6 million litres.  The pair of stills were originally connected to a wormtub condenser in the old section of the distillery and produced a different style of spirit as a result.  In the new extension they are using column condensers and thermal imaging equipment was used to make sure that they were mimicking the performance of the other four stills.  The result is that all three pairs of stills now produce light, grassy spirit.

The whisky produced at Linkwood is used across Diageo's extensive portfolio of blended whiskies, particularly in the famous Johnnie Walker range.  It is also highly sought after by other blending companies and features in numerous well known brands.  Single malts are rare as a result and only 1-2% of warehoused stock is released as such.  It is largely confined to the independent bottling companies.  The only current official release is a 12 years old expression, which forms part of their Flora & Fauna range. 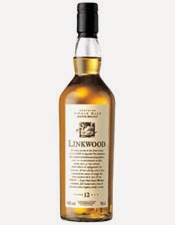 The tour finished in the Manager's Office, which is located across from the main distillery building.  Here we enjoyed a tasting of the Linkwood 12 years old, which was deliciously light, zesty and grassy.  We were able to look at some photos of the old distillery and recent extension works, plus ask further questions of Eric and Pierrick.  Linkwood is a lovely distillery and we thoroughly enjoyed our tour of it.  The way that the old and new sections have been put together is very good.

In hindsight it was our favourite of the four distilleries on The Laich o' Moray tour and it is difficult to pinpoint why that is.  We hope that it is not the last time that we visit Linkwood ... 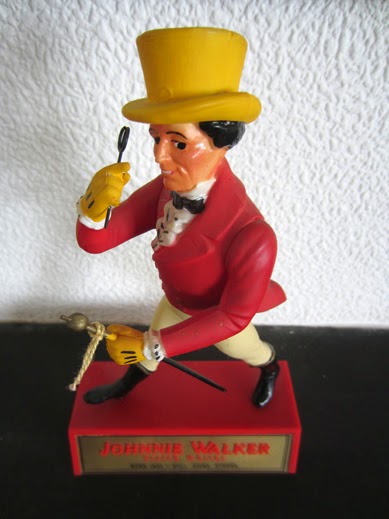 A brilliant write-up, guys. Having pedalled through the Laich of Moray last week I can confirm that it is ideal distilling country (I passed BenRiach, Longmorn, and Brackla but didn't spot Linkwood). The 12yo is not one I've had for a while but remains a firm Speyside favourite. Really delightfully fruity and poised.
I think it's great to have more detail on blogs such as this one about the recent expansion programmes and what they do to the 'feel' of a distillery. You tackled this modern trend within the industry very astutely over the course of the piece. Bravo!