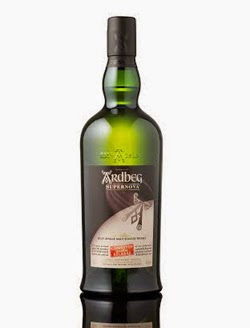 This whisky is the third edition of the Supernova bottling from the cult Islay distillery of Ardbeg.  It is released to coincide with the return of a very special sample of Ardbeg.  A couple of years ago, a sample was sent in to space.  This has been orbiting the earth on the International Space Station ever since and it has just landed back on earth.  This sample will be analysed against a sample from the same distillation that has been maturing in a warehouse at the Ardbeg distillery, to determine if weightlessness and zero gravity has any effect on the maturation process.

The Ardbeg distillery is located on the south eastern coast of the famous Scottish whisky producing island of Islay.  It was founded in 1815 by John MacDougall, although records show a distillery operating on the site as far back as 1794.  Its recent history was slightly chequered - there was no production between 1982 and 1987, or for the majority of 1996 and 1997 - until Moet Hennessey (LVMH), the current owners, took over in 1997. The distillery is small with a capacity of just one million litres per year. The range of single malts from Ardbeg has built up a cult following amongst whisky drinkers across the world. 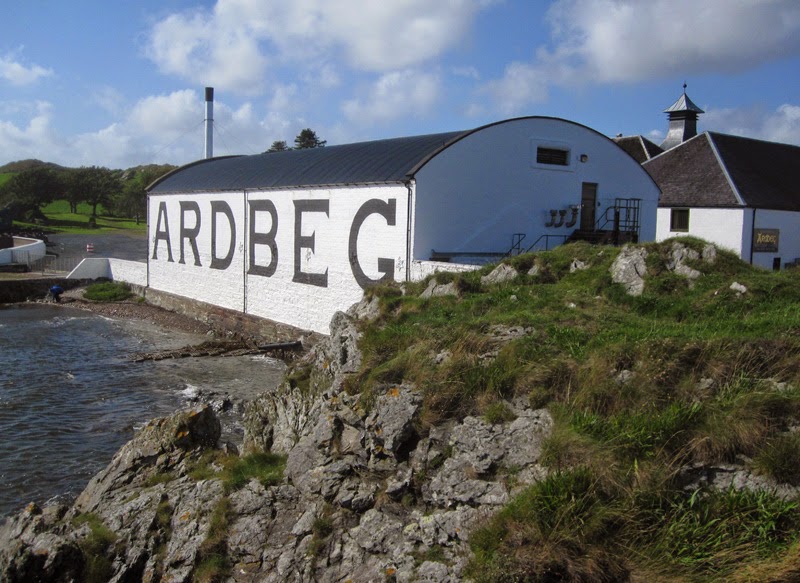 The Supernova series is labeled as being Ardbeg's peatiest ever malt.  The Supernova 2014 is bottled at the cask strength of 55% ABV and has again been made by Dr. Bill Lumsden, Ardbeg's Director of Distilling & Whisky Creation.  It will be available now at any Ardbeg Embassy or via the Moet Hennessy Selection website.  The cost will be £125 per bottle.

Our tasting notes
The colour is pale lemon yellow and the aroma of feisty peat smoke immediately catches in the nostrils.  This has a hot, peppery and sooty edge to it.  With time, other aromas begin to shine through - malty cereals, burnt oat cookies, golden syrup and icing sugar plus hints of lemon zest and something floral that is difficult to pinpoint.

On the palate there is an instant mix of profound sweetness and intense, savoury smokiness.  The sweetness is reminiscent of golden syrup and icing sugar, while the smoke has a distinct sooty, ashy, coal-like quality.  This later becomes slightly hotter and more earthy/mossy.  Rather than battling against each other, the two elements compliment each other well.  In similar fashion to the nose a malty cereal barley note battles its way through the intensity, as does increasing zesty lemon.  There are also hints of buttery shortbread, red chilli, white chocolate and a pinch of saltiness.

The finish is very long and intense.  The sweeter elements fade quickly and leave the smoke and peatiness to smoulder away for what seems like ages.  It becomes increasing dry, ashy and acrid with the spicy chilli-like heat slowly fading.

What's the verdict?
This is a BIG and intense whisky.  Not really for the faint hearted or beginner.  But what did we expect?  When Ardbeg, which produce some of the smokiest whiskies anyway, say that something is their peatiest ever then you know what you are going to get.

However, this whisky is a bit cleverer than just being mega-peaty.  It has much more going on and the delicious sweeter elements balance the expressive, hot smoke very well.  This is a whisky very much for the fans of very smoky malts and Ardbeg in particular, and should be celebrated as such.  If you like both of these things - hurry up and grab a bottle before it sells out ....

Had a dram in Whiski Rooms in Edinburgh recently - the nose is really peaty, yet the taste - quite unexpectedly - balanced! Don't remember the SN2009 or SN2010 any longer, so can't compare.

If you want your ex-girlfriend or ex-boyfriend to come crawling back to you on their knees (no matter why you broke up) you must watch this video
right away...

(VIDEO) Why your ex will NEVER come back...