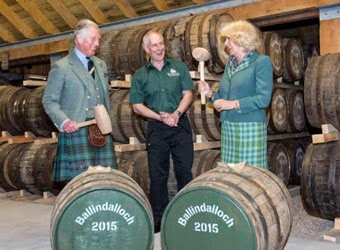 The new single estate distillery of Ballindalloch in southern Speyside has been officially opened by Royalty.  Charles and Camilla, the Duke and Duchess of Rothesay, were in attendance and were taken on a guided tour of the facilities.  They also unveiled a commemorative plaque and fitted bungs to two special casks of Ballindalloch spirit - this will be matured for 10 years and proceeds from the sales will go to charities supported by the Duke and Duchess.  Ballindalloch began production at the end of 2014 and uses only barley grown on the estate and water sourced from within the boundaries. 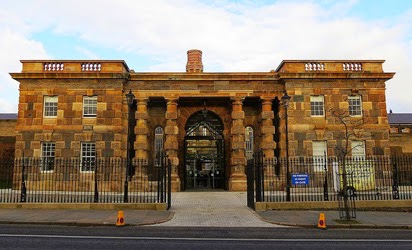 Details have emerged about the development of the Belfast Distillery Company.  Work is progressing on the £7million conversion of the A-Wing of Belfast's historic Crumlin Road Jail, which has been closed since 1996, and will feature a three pot stills and a visitor centre.  These will produce an estimated 480,000 litres of single malt whiskey per year and create a tourist attraction in the city centre of Belfast.  Full production is due to begin in January 2016 and it will be the first distillery in Belfast for 85 years.

The Belfast Distillery Company have also announced that they have acquired a large number of casks of single malt and grain whiskey.  These have been used to develop a premium Irish blend, which will be called McConnell's.  This takes its name from a historic brand of Irish whiskey that was produced close to the current site in the early 19th century.  This will be distributed in the UK by The Great Whisky Company and will be available from this June. 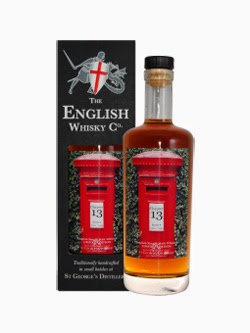 English Whisky Co - Latest Chapter
The Norfolk-based English Whisky Company have announced their latest single malt bottling - the Chapter 13 St. George's Day 2015 Edition.  The release coincides with the English national day, which is on April 23.  There are limited numbers (although this number is not revealed) and it is on sale now via www.englishwhisky.co.uk.  A bottle will cost £49.99 and they are offering from delivery to mainland UK addresses until April 29.

posted by Whisky For Everyone at 7:08 PM