Glenturret - Special cask on the way

Scotland’s oldest single malt distillery – Glenturret, which is located in the Highlands, and is the spiritual home of The Famous Grouse blend – has announced that it is to release a very special single cask bottling. The Brock Malloy Edition Cask #328 is named after legendary Glenturret stillmen Chic Brock and Hugh Malloy, who produced the spirit and filled it to cask in December 1986. It has been maturing at the Perthshire distillery ever since. Current distillery manager, Neil Cameron, identified the cask as being one of the most superior remaining in the warehouses.

There are just 240 bottles available of The Brock Malloy Edition Cask #328 and it has been bottled at the natural cask strength. They are priced at £200. Each bottle is presented in a wooden frame crafted by local carpenter Mike Dempsy and is individually numbered and signed by Neil Cameron. Bottles will be on sale from Friday 1 May and only available via The Famous Grouse Experience website.

Neil Cameron commented: "In 1986, Chic Brock and Hugh Malloy were the two stillmen here lovingly crafting a Highland single malt in Perthshire, the same traditional way their relatives had 100 years before. You can taste the passion and the fine workmanship in the liquid. This has to be one of the best Glenturret malts I have ever tried."

Whisky For Everyone - Finders, Keepers 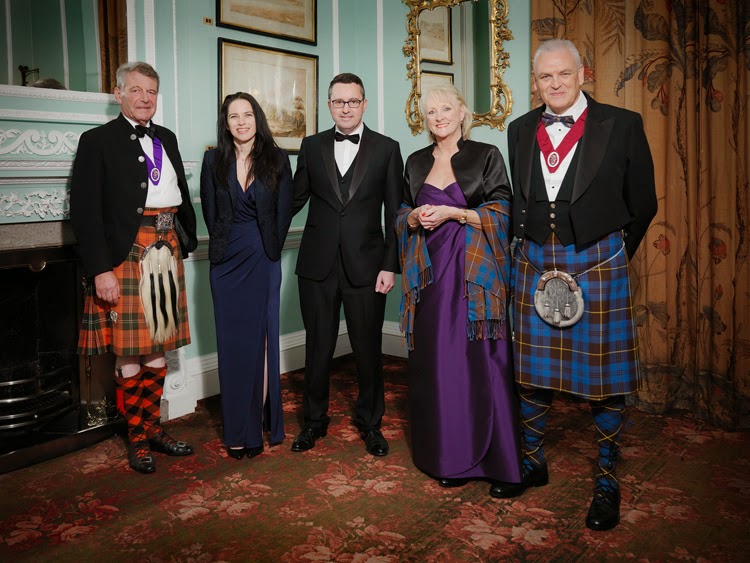 Finally we get to feature in an edition of Inbox - the biggest personal news of the week for us was from Monday.  Karen and Matt, the founders of Whisky For Everyone, were both inducted as members of the Keepers of the Quaich.  They were only the second ever married couple to be inducted at the same time.

The society congratulates and honours those that have made a significant contribution to and promoted Scotch whisky around the world.  Members can only be invited.  We were delighted to be nominated for inclusion, especially as there are currently only a couple of bloggers that are Keepers.  We hope that our induction means that more whisky bloggers will be recognised.

It was a great evening at the ceremony, which was held at Blair Castle in the Highlands of Scotland.  The induction was followed by a banquet for new members, their guests and leading figures from the Scotch whisky industry.  Guest of honour was His Serene Highness Prince Albert of Monaco.  Karen and Matt are pictured above with The Grand Master of the Keepers on the left and the Chairman of the Keepers and his wife on the right.

posted by Whisky For Everyone at 8:36 PM

Email ThisBlogThis!Share to TwitterShare to FacebookShare to Pinterest
labels: glenturret, inbox, keepers of the quaich, whisky for everyone, whisky news