Within Inbox we aim to write a few lines detailing each press release/piece of news/PR event that we have received and provide links, where possible, for you to find out further information. Our schedule did not allow us to write Inbox last week, so here is what has caught our attention during the last two weeks ... 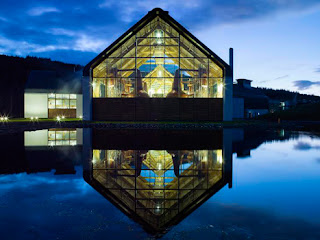 Scotland's latest single malt distillery has been officially opened at the beginning of this week.  Dalmunach, which has been built by Chivas Brothers, occupies the site of the former Imperial distillery in the heart of Speyside and cost an estimated £25 million.  The state-of-the-art distillery was opened by Nicola Sturgeon, the leader of the Scottish National Party, last Monday (June 22).

Dalmunach has been constructed to incorporate the latest energy efficient innovations and will have an expected annual production capacity of 10 million litres.  The single malt produced there will contribute to popular Chivas Brothers blends such as Ballantine's, Chivas Regal and Royal Salute.

Laurent Lacassagne, Chairman and CEO of Chivas Brothers, commented: "Dalmunach is an excellent example of securing the future of the industry by respecting its heritage and it’s fitting that the remnants from the old Imperial Distillery have been built into an extremely efficient distillery with an architecturally stunning design. It is a real pleasure to see this piece of land in Carron, which has had a role in whisky making all the way back to 1897, play a future role in whisky production." 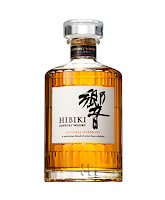 Hibiki - Harmonious new release
The Japanese blended range of Hibiki has a new addition to its multi award winning range - the Japanese Harmony.  The whisky has been created by Shingo Torii and Shinji Fukuyo, Master Blender and Chief Blender at Suntory respectively, and they have used the same whiskies as in the original version of Hibiki from 1989.

The pair used grain whisky from Chita plus malts from Hakushu and Yamazaki matured in American white oak, Mizunara oak and ex-sherry casks.  It has been initially launched in Australia but other major markets such as the UK will follow in mid-July.  No indication of price has yet been announced.

Tullamore DEW - Apple of their eye?
The popular Irish triple distilled and triple blended whiskey brand of Tullamore DEW have unveiled an innovative new addition to their range - the Cider Cask Finish.  The bottling combines two of Ireland's oldest traditions - whiskey making and cider making - and it will be exclusive to the travel retail sector.  The whiskey has been bottled at 40% ABV and will be available shortly.  No indication of the expected price was given in the press release.

John Quinn, the Tullamore DEW Global Brand Ambassador, commented; “To create the Cider Cask Finish, we selected the finest apples, which were then freshly pressed and held in oak casks for several months. As the cider fermented, the tart-yet-sweet notes infused the bourbon casks. We then siphoned all the fermenting cider, replacing it with Tullamore D.E.W. Irish whiskey for a further three months of maturation.” 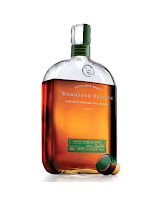 Woodford Reserve - Rye hits UK
Brown-Forman, the owners of the Woodford Reserve brand, have announced that they are to release the Rye expression to the UK market.  This follows a successful launch in the USA six months ago.  Woodford Reserve Rye has a mashbill of 53% rye and builds on the spicy characteristics of the original Woodford bourbon.  It is bottled at 45.5% ABV.

Chris Morris, the Master Distiller for Woodford Reserve, said: “Our commitment to flavour is something that is ingrained in everything we do and no liquid embodies that better. With its bold flavours of pepper and tobacco combined with its long fruit and sweetly spiced finish, it’s been really well received in the US and I’m sure the growing army of whiskey fans around the UK are going to find it really interesting.”

posted by Whisky For Everyone at 8:23 PM