Within Inbox we aim to write a few lines detailing each press release/piece of news/PR event that we have received and provide links, where possible, for you to find out further information. Things are starting to slow down as the industry eases into the Christmas festive period.  Here is what has caught our attention this week ... 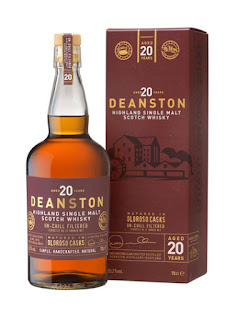 Deanston - 20:20 vision
Burn Stewart Distillers Ltd, the owners of the Highland distillery of Deanston in Perthshire, have announced a new limited edition single malt expression.  The Deanston 20 years old has been matured exclusively in ex-Oloroso sherry casks for the full term and has been bottled at the natural cask strength of 55.3% ABV.  The whisky is non chill-filtered and of natural colour.  It will be available through specialist whisky retailers in selected markets in time for Christmas and will carry a recommended retail price of £110 per bottle. Details of the exact number of bottles was not included in the press release.

Alison Gibb, Global Marketing Manager at Burn Stewart Distillers said: “True to the heritage of Deanston distillery, which is rooted in community values, this 20 year old has been crafted with the utmost care and dedication. The ex-Oloroso sherry casks give this malt a truly special character and we’re excited to announce its release in time for the festive season when it can be enjoyed with friends and family.” 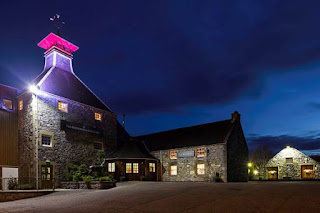 William Grant & Sons have announced plans to expand their Glenfiddich distillery in the Speyside village of Dufftown.  The multi-million pound plans have been approved by Moray Council and will see the distillery's capacity increased to help meet expected increases in global demand for the company's flagship single malt.  The architectural designs are said to be sympathetic to the historic site, which has been in operation since 1887.

Enda O’Sullivan, the Global Brand Director of Glenfiddich, said: "As a family owned business it is in our DNA to protect the future and think in the long term. This means managing our stock profile carefully and leading the category through innovation and creativity. The expansion plans enable us to help meet these objectives." 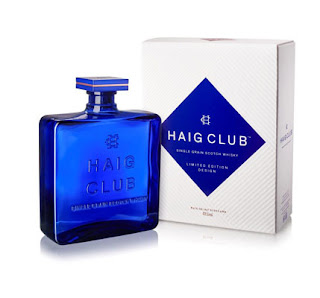 The single grain whisky brand of Haig Club have announced the first bottling in a new limited edition collection named The Decanter Series.  This features the regular Haig Club whisky but presented in a specially designed decanter, which has been created by Diageo in conjunction and consultation with ex-footballer David Beckham and entrepreneur Simon Fuller.

The Decanter Series has been released in time for the festive gifting season and celebrates a successful first year for Haig Club following its launch in 2014.  It will appear in domestic retail markets as a 70cl bottle and in the travel retail sector as a one litre bottle.   The price will be £39 in both cases.

Peter Fairbrother, the Global Marketing Director for Diageo, commented: "This striking Haig Club Limited Edition has been developed for the run up to the key festive gifting season. Gifting is a key motivator during Christmas, New Year and Chinese New Year so we are keen to unlock the potential of this market. We know that customers want easy access to exclusive and superior gifts."


posted by Whisky For Everyone at 9:01 PM

eToro is the most recommended forex broker for new and pro traders.