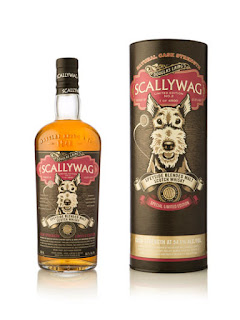 Douglas Laing & Co
The award-winning independent bottler Douglas Laing & Co have announced the release of a special edition of their popular Scallywag blended malt.  The Scallywag Cask Strength Batch #2 is created using a blend of different Speyside single malts including Glenrothes, Macallan and Mortlach.  There are just 4,800 bottles available and the whisky has been bottled at the natural cask strength of 54.1% ABV.  It will be available shortly and in time for the forthcoming Father's Day via selected specialist whisky retailers and www.douglaslaing.com.


Haig Club
David Beckham, the face of the Haig Club single grain whisky, features alongside the brand in the first of a trilogy of short films that will be on the GQ Video Channel.  The three films are fronted by comedian Jack Whitehall and are entitled 'Two Whiskies With ...'.  A different celebrity will join Whitehall in each film.  The first, featuring Haig Club collaborator Beckham, was filmed in The Bassoon Bar at The Corinthia Hotel in London.  The second and third films will feature actor Luke Evans and singer Tom Odell respectively. 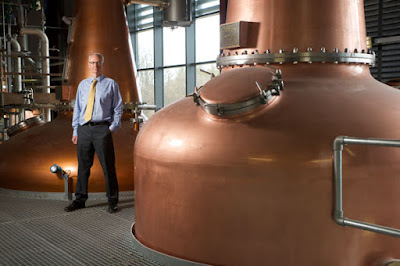 This week has seen the official opening of a new Scottish single malt distillery in Kinglassie, Fife.  The Inchdairnie distillery, which is located on the grounds of the old Inchdairnie House estate, is owned by John Fergus & Co Ltd.  This is headed by industry veteran Ian Palmer (pictured above), who founded the company and conceived the distillery and business plan in 2011.

The distillery has been built for the modern day and is one of the most technologically advice and eco-friendly in the industry - features include a hammer mill to produce finer grist, a highly efficient mash filter rather than the traditional tun and thermal vapour re-compression for condensation.  Production was started in December 2015 and the current capacity is two million litres per year.  There is further scope to expand to four million litres in time.

"We are fortunate not to be under any commercial pressure to release our whisky so we will wait until the whisky is at its absolute best, which could be in 10, 12 or 15 years time, only time will tell."
Ian Palmer. 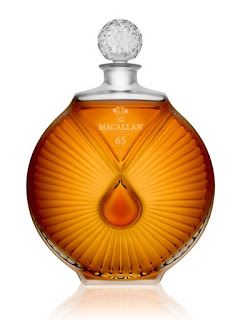 The Macallan
The popular Speyside single malt brand has announced the release of the sixth and final whisky in The Six Pillars Collection, a super premium range that has been created in collaboration with prestigious French crystal makers Lalique.  The Macallan in Lalaique 'Peerless Spirit' features a very special 65 years old expression from the distillery and is bottled at the natural cask strength of 46.3% ABV.  There will be just 450 bottles available worldwide and they will retail at £23,000 each.  The 'Peerless Spirit' will be available at specialist high end whisky retailers from July 1st.

"With the collection now complete, it is time to reflect not only on the exquisite whiskies that have been brought to the fore by The Macallan’s Master Whisky Maker, but also on the extraordinary skills of the Lalique craftsmen carrying on the legacy of René Lalique, the man whose talent continues to inspire and influence."
Ken Grier - Brand Director at The Macallan.


posted by Whisky For Everyone at 7:57 PM