Within Inbox we aim to write a few lines detailing each press release/piece of news/PR event that we have received and provide links, where possible, for you to find out further information.  As the whisky companies and PR agencies begin to wind down for the festive period, so are we - this will be the last Inbox of 2016.  We thank everyone for reading and following the news with us this year. 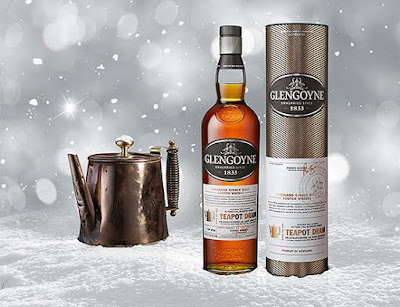 The Highland distillery of Glengoyne have released the fifth edition of their cult Teapot Dram bottling.  The whisky has been matured in first-fill ex-Oloroso sherry casks and these have yielded just 3,138 bottles.  It has been bottled at the natural cask strength of 59.6% ABV and is of natural colour and non chill-filtered.  It is available from the distillery shop and via www.glengoyne.com.

The Teapot Dram is named in celebration of an old tradition at Glengoyne - for over 150 years, workers would be given three drams of whisky each day and those less able to cope with that amount of alcohol would pour theirs in to a copper teapot at the distillery.  Veterans worked this out and would help themselves on their 'tea break'.

"There’s a great affection for the Teapot Dram and it is a whisky with a great story behind it, one that’s very special to everyone at Glengoyne because it brings to life the history of the Distillery and the whisky-makers who preceded us."
Iain Weir - Marketing Director at Glengoyne. 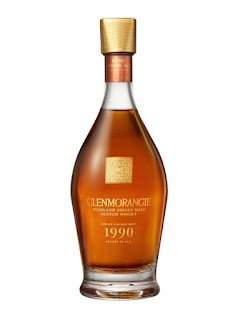 Glenmorangie
The north Highland distillery of Glenmorangie have announced a new range of vintage single malts and the first bottling in the series.  The Bond House No.1 will be a collection of some of Glenmorangie's rarest whiskies that they have maturing at the distillery in Tain and the individuality of cask types.

The inaugural release is the Glenmorangie Grand Vintage Malt 1990 and consists of a small pocket of stock matured in ex-bourbon and ex-sherry casks.  These have been selected by Dr. Bill Lumsden - the Director of Distilling, Whisky Creation & Whisky Stocks at Glenmorangie.  It has been bottled at 43% ABV and will be available through specialist whisky retailers for £495 each.  No indication of the number of bottles was given in the press release.