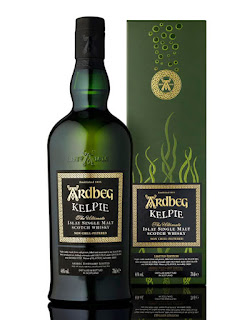 Ardbeg
The cult Islay distillery of Ardbeg have announced further details of their Ardbeg Day special bottling for 2017.  The whisky, named Kelpie after the mythical shape shifting creature that inhibits the sea near to the distillery, has been produced by Dr. Bill Lumsden - Ardbeg's Director of Distilling, Whisky Creation & Whisky Stocks.  Kelpie has been matured in Black Sea oak casks.  The wood for these was sourced from the Adyghe Republic in Russia, close to the Black Sea coast.  This has then been married with Ardbeg matured in traditional ex-bourbon barrels to create Kelpie.

Ardbeg Kelpie will be released on June 3 as part of the Ardbeg Day celebrations on the same day, which takes place during the annual Feis Isle Festival. This will be released at 46% ABV and will cost £98 per bottle.  No indication of the number of bottles have been released to date.

A special cask strength edition was released last week and was available only to Ardbeg Committee members - this was bottled at 51.7% ABV. Price and number of bottles were again not revealed but it sold out in an hour. Both bottlings are non chill-filtered. More details can be found at www.ardbeg.com. 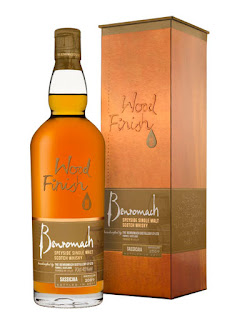 Benromach
The small Speyside distillery of Benromach have announced the latest release in their Wood Finish series - the Benromach Sassicaia 2009 Vintage. This new whisky has been matured in first fill ex-bourbon barrels, which has been followed by 28 months of finishing in ex-Sassicaia red wine casks sourced from the Bolgheri region of Tuscany in Italy.  There are just 7,783 bottles available of this limited edition and they will be available through specialist whisky retailers. It has been bottled at 45% ABV and will cost £39 each.

For further information on the Sassicaia 2009 Vintage and other Benromach whiskies - please visit their website www.benromach.com. 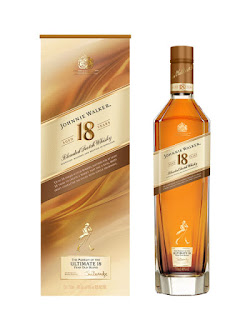 Johnnie Walker
The world's biggest selling Scotch whisky brand has announced a major re-brand for it's 18 years old blended expression.  The former Platinum Label is now on the market as Johnnie walker 18 years old and has also seen a new look.  The liquid remains the same as the Platinum Label and includes 18 different whiskies including malts such as Auchroisk, Cardhu and Glen Elgin.  The whisky is created by Jim Beveridge, the Master Blender for Johnnie Walker, and the new livery will be available worldwide shortly.  It is bottled at 40% ABV.

"I find older whiskies fascinating to work with. The great whiskies I’ve selected for this blend have undergone a slow, easy maturation through at least 18 cold winters and warm summers. It’s a long time to wait but these whiskies have a wonderful balance."
Jim Beveridge.

posted by Whisky For Everyone at 10:46 AM

Buy On The Rocks whisky, the best known whiskey from Bang Brews. They are one of the best Top Whisky manufacturers in India . Bang Brews is also produces bang bang whisky .
For more details visit at :
http://www.bangbrews.com/products.html