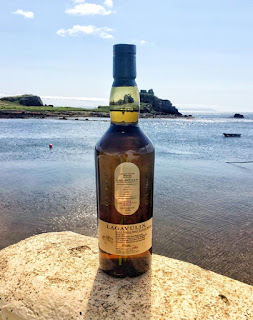 Diageo
Leading Scotch whisky company Diageo have announced details of the Feis Ile bottlings for their two Islay-based distilleries - Caol Ila and Lagavulin. The Caol Ila is bottled at 10 years old and has been matured in re-fill American oak hogsheads and rejuvenated European oak butts. It is bottled at the natural cask strength of 58.2% ABV and there are just 2,496 bottles. Each will cost £100.

The Lagavulin (left) is an 18 years old and is a marriage of re-fill and rejuvenated American oak hogsheads and ex-Bodega European oak butts. It is bottled at the natural strength of 53.9% ABV and there are just 6,000 bottles. Each will cost £130. Both will only be available from the respective distillery shops during the Feis Ile festival next week.

In other Diageo news, there have been some significant managerial movements announced. Georgie Crawford (below) will move across her home island of Islay from her post as Distillery Manager at Lagavulin to become Project Implementation Manager for the new Port Ellen distillery. 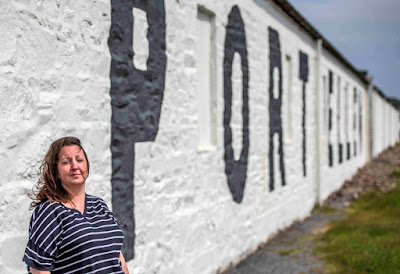 Colin Gordon will replace her at Lagavulin as he switches over from his role as Site Operations Manager at the Port Ellen Maltings. In a final move, Stewart Bowman will become the Project Implementation Manager for the new Brora distillery. He is leaving his current role at neighbouring Clynelish. 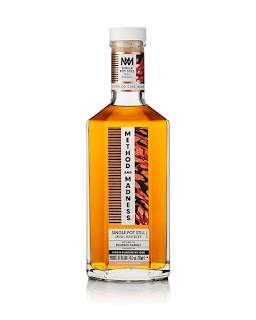 Method & Madness
Irish Distillers, the company behind the experimental Method & Madness range of whiskeys, has announced two new additions to the range. The first is a single pot still whiskey that has been finished in virgin Hungarian oak casks made from trees felled in the Carpathian Mountains. The whiskey was originally matured in a combination of first-fill and re-fill American oak barrels before being transferred to the Hungarian oak for 11 months. It has been bottled at 46% ABV and is non chill-filtered. It will be available in France, Ireland and the UK with a cost of €89 each.

"Our quest for uncommon casks has led us all over the world. We were especially intrigued by the Quercus Petraea from North East Hungary and the unique properties that it could add to our flavour repertoire as whiskey makers. The result is a new first for Irish whiskey that continues to challenge perceptions of what the category can be."
Kevin O'Gorman - Master of Maturation at Irish Distillers. 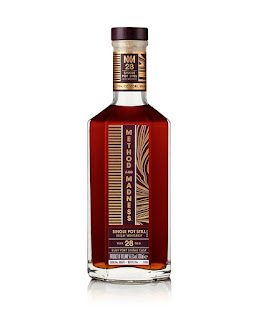 The second release is the 28 years old Ruby Port Pipe. This is an Irish single pot still whiskey that had an initial six years in American oak barrels before being transferred for a 22 year maturation in ex-Ruby Port casks, an extreme rarity in Irish whiskey. It has been bottled at the natural cask strength of 56.1% ABV and is non chill-filtered. Like the Virgin Hungarian Oak it will be available in France, Ireland and the UK. The cost will be €1,900 per bottle.

"This marks the realisation of a prediction 22 years ago from the Midleton Masters, which stated that the marriage of flavours between a single pot still Irish whiskey and a Port pipe will one day achieve balance. Billy Leighton, our Master Blender, and I have been carefully monitoring the slowly evolving flavours of this rare and exceptional Port cask as part of my training."
David McCabe - Apprentice Blender at Irish Distillers.

posted by Whisky For Everyone at 8:25 PM