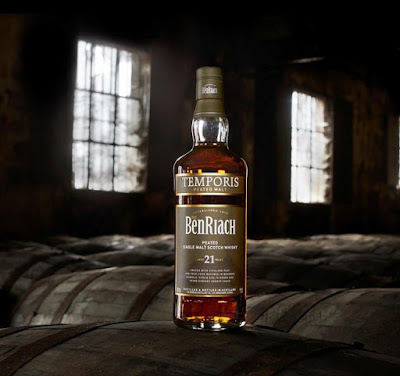 The innovative BenRiach distillery has announced a new product for their developing core range that will showcase their heritage of making peated single malt on Speyside. Historic research shows that BenRiach was the first restart producing peated spirit, which was once common in the Speyside region, back in the early 1970s. The new BenRiach Temporis is bottled at 21 years old and highlights the fact that the distillery is the only distillery in Speyside to have any such aged peated stock.

The Temporis 21 years old has been created by Rachel Barrie, the Master Blender for the distillery's owners Brown-Forman, and will sit alongside the Classic 21 years old in the core range. Like the Classic expression, Barrie has used an eclectic mix of four cask types to create the whisky - ex-bourbon, ex-Oloroso sherry, ex-Pedro Ximinez sherry and virgin oak. It is bottled at 46% ABV and is non chill-filtered and of natural colour. The Temporis will be available worldwide with a recommended retail price of £135. 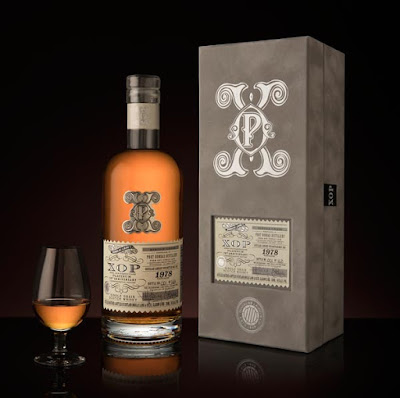 The independent bottling company of Douglas Laing & Co. are continuing their 70th anniversary celebrations with the release of the second bottling in their XOP Platinum series. The bottling is a single cask from the now-closed Port Dundas distillery in Glasgow, the home of Douglas Laing. It was distilled in 1978 and is released at 40 years old.

A new whisky will be released to the XOP Platinum series for each quarter of 2018. The series kicked off with the Ardbeg 25 years old in March. The Port Dundas 1978 is bottled at the natural cask strength of 59.1% ABV and is non chill-filtered and of natural colour. Each bottle, which is hand signed by current Chairman Fred Laing, will cost £350. 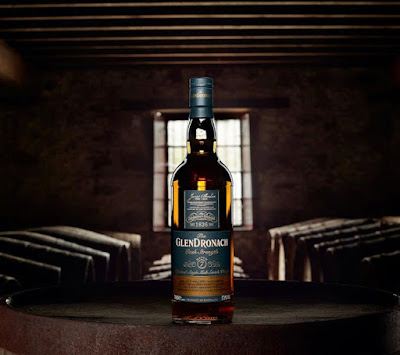 A second release this week from Brown-Forman sees the east Highland distillery of GlenDronach announcing the latest bottling in their annual limited edition cask strength series. The GlenDronach Cask Strength Batch 7 combines single malt matured in both ex-Oloroso and ex-Pedro Ximinez sherry casks and has been created by Rachel Barrie, the Master Blender ( - she featured earlier, if you were paying attention). This year's expression is bottled at 57.9% and is non chill-filtered and of natural colour. It is available in limited quantities worldwide and a bottle will cost £60.


"The GlenDronach Cask Strength Batch 7 continues our tradition of marrying the best Spanish oak sherry casks with our robust Highland malt. Batch 7 offers a unique opportunity to get to know the richly sherried yet smooth and mellow side of GlenDronach's cask maturation at the natural cask strength."
Rachel Barrie. 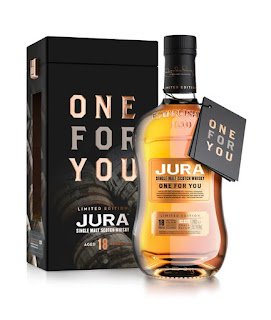 Jura
The island distillery of Jura has announced the final part in its limited edition One series - the Jura One For You. It completes the trilogy of releases, which started with One For The Road in 2016 and continue with One For All in 2017. The new One For You hails Duirachs, people born and living on Jura, that are located around he world. It is bottled at 18 years of age and has been predominantly matured in American oak ex-bourbon barrels before being finished in virgin oak casks made from American white oak.

This small batch release is released at the natural cask strength of 52.5% ABV and is non chill-filtered and of natural colour. One For You will be available in selected world markets (including Asia, France, Germany and the UK) and cost £130 per bottle.

posted by Whisky For Everyone at 10:04 AM

eToro is the ultimate forex trading platform for rookie and professional traders.