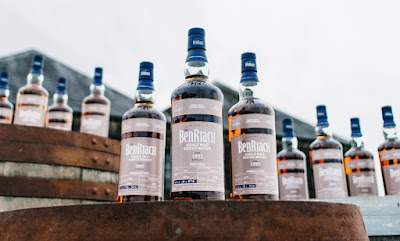 The innovative Speyside distillery of BenRiach has announced the details of the bottlings in Batch 15 of its popular Single Casks series. Seventeen casks have been selected by Rachel Barrie, the Master Blender for BenRiach, and these include a mix of their classic and peated spirit within some of their most eclectic and experimental oak barrels. These include ex-Moscatel, Port, rum and Sauternes casks. The bottles will be available in selected regions - Asia, Australia, Canada, Europe and New Zealand - via specialist whisky retailers.

“Batch 15 provides a rare opportunity to explore the many facets of BenRiach maturation, something us whisky makers are lucky to do every day. There is a cask to suit every whisky lover’s palate. Now’s the time to explore, take your pick and find the cask you most enjoy!”
Rachel Barrie.


The details of the 17 single casks are listed below. The recommended retail prices were not provided in the press release. 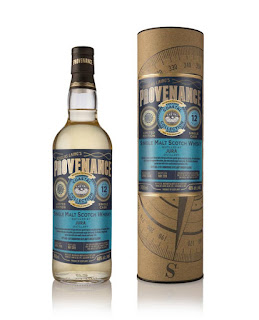 Douglas Laing
The family owned independent bottling company of Douglas Laing & Co. have announced the second single cask bottling in their Provenance Coastal Collection, which will feature four single malts from Scottish islands. The Jura 12 years old has been matured in an ex-sherry butt and has been bottled at 48% ABV. It follows the launch of the series with the Bunnahabhain 10 years old earlier this year. It is non chill-filtered and of natural colour. There will be just 383 bottles and they will be available in selected specialist retailers worldwide. The price was not revealed in the press release.

“For this very limited Provenance Coastal Collection, we have specially selected only four single casks which we believe truly bring to life their maritime heritage. This latest Jura release is a beautiful balance of ex-sherry butt maturation alongside the archetypal Jura character.”
Fred Laing - Chairman of Douglas Laing & Co. 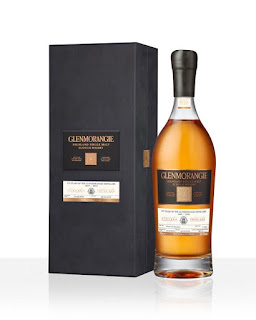 Glenmorangie
The north Highland distillery of Glenmorangie have announced a special bottling to help commemorate their 175th anniversary. The 16 years old single ex-bourbon cask made from American white oak was hand selected by Dr. Bill Lumsden - the Director of Distilling, Whisky Creation & Whisky Stocks at Glenmorangie. There are just 191 bottles and these will only be available at the distillery in Tain. The whisky is non chill-filtered and bottled at the natural cask strength of 53.1% ABV. Each bottle will cost £650.

“This single cask bottling is the perfect way for us to mark such a seminal year in the Distillery’s history. It offers a unique insight into Glenmorangie’s quintessential style and I hope those lucky enough to own a bottle will enjoy celebrating this landmark anniversary.”
Dr. Bill Lumsden.

posted by Whisky For Everyone at 3:54 PM