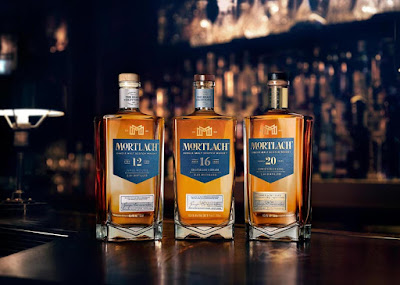 The Speyside distillery of Mortlach has announced a revamp of its core range, which introduces three new expressions to replace the previous three bottlings. The new whiskies are the 12 years old 'Wee Witchie', the 16 years old 'Distiller's Dram' and the 20 years old 'Cowie's Blue Seal'. All three are designed to show the bold and audacious nature of the distillery, which is nicknamed 'The Beast of Dufftown', with the bottle size reverting to 70cl from the previous 50cl.

Mortlach is located on the edge of the small Speyside town of Dufftown, which is the region's whisky capital. Six distilleries are currently in operation there - Balvenie, Dufftown, Glendullan, Glenfiddich, Kininvie and Mortlach. Three others have also existed but are no longer in production - Convalmore, Parkmore and Pittyvaich.

Mortlach was the first of these and was founded in 1823 by James Findlater. It is currently owned by Diageo. The whisky from Mortlach is mainly used within Diageo's extensive range of blends, most prominently in the hugely popular Johnnie Walker Black Label and Double Black. The current capacity is 3.8 million litres per year.

All three of the new whiskies are bottled at the 43.4% ABV and have undergone Mortlach's unique 2.81 times distillation process. The 16 and 20 year olds have been matured exclusively in ex-sherry casks, while the 12 years old has a combination of ex-bourbon and ex-sherry casks.

"These whiskies really stand out in Speyside. For me it’s the way the unique 2.81 process gives you such an intensely complex liquid and character from the minute it comes off the still; it’s like having three distilleries at the one still house. Our job is to hone the character in the right way."
Dr. Craig Wilson - Master Blender at Diageo. 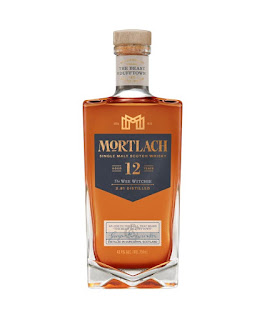 Mortlach 12 years old 'Wee Witchie'
Named after the distinctive still that aids and creates Mortlach's unique 2.81x distillation, the nose of this 12 years old expression kicks off with aromas of pear, apple, toffee, butterscotch and dark chocolate. Then come further earthy and savoury aromas and a hint of honeysuckle.

On the palate there are immediate notes of caramel, vanilla, toffee, honeycomb and cocoa.  This gives a lovely creamy feel to the whisky. Then some warming spices begin to develop (cinnamon and gingerbread in particular) and these are complimented by a soft stewed fruit note - imagine pear and apple especially. Hints of bitter orange marmalade (or is it jaffa cakes?), marzipan and white chocolate round things off. There is an underlying meaty/savoury note throughout. The finish is long and becomes drier and earthier as the warming spices take hold. A late hit of dried tropical fruit adds further depth. 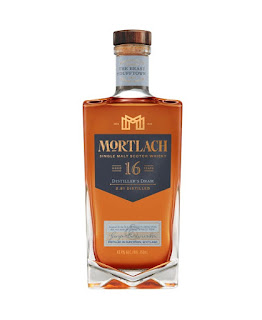 Mortlach 16 years old 'Distiller's Dram'
This new 16 years old expression is designed to stand alone, rather than replicate or replace the now-fabled Flora & Fauna 16 years old bottling that was discontinued four years ago.

The nose is packed with aromas of soft brown sugar, dark raisins, dates and leather with hints of black treacle, dried fig, tropical flowers and cocoa adding complexity. On the palate this whisky feels robust and viscous with plenty of hard caramel and dark dried fruits immediately present (think of raisins, sultanas, dates and figs), followed by a tropical note most reminiscent of canned peaches. Then comes a delicious mix of crème brûlée, baked apple, toffee, leather, tobacco leaf, plus musty and earthy wood spices (especially cinnamon and all-spice). The finish is intense with an initial sweetness but becomes more dry and spicy as the sweeter notes fade. 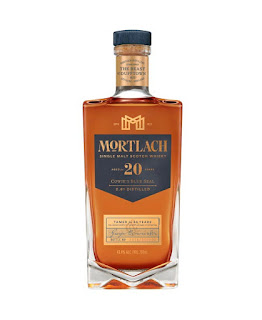 On the nose there are a lovely set of aromas - think of cocoa, milk chocolate and clove with hints of tropical fruit (especially apricot, lychee and white oriental pear) and a hint of meat gravy and dry tea leaves. On the palate this whisky is robust and oily but with a distinct elegance. Initial notes of golden syrup, caramel and tropical fruits (similar to the nose but with peach added) give way to more savoury and earthy characteristics. There is a heady mix of cinnamon, clove, all-spice and ginger with some cooling menthol and sweet chilli jam in the background. This note comes through more on the long and savoury finish, as does the cocoa from earlier and a delicate hint of white chocolate.


What's the verdict?
It is a brave move by Diageo to revamp the Mortlach range just four years after they launched the previous incarnation.  When speaking with those behind the new whiskies they told us that they had listened to consumer criticism about the bottle size, liquids and price. This new range is the result and is a refreshing approach from such a big company.

Mortlach is a big, bold and robust single malt and like many whiskies of this style it reacts and matures best with ex-sherry casks. This is evident here and each whisky works well individually, but also within the set of three. While we enjoyed the previous incarnation of Mortlach, these new whiskies make more sense and are very enjoyable.

posted by Whisky For Everyone at 11:29 AM