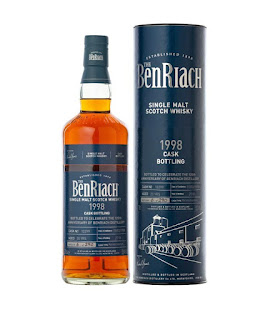 BenRiach
The innovative Speyside distillery of BenRiach has announced a special bottling to help celebrate its 120th anniversary. BenRiach originally opened in 1898 and the selected single ex-Marsala dessert wine hogshead cask was distilled and filled in 1998 , exactly 100 years after the distillery was founded. Cask No. 10299 was laid down by Stewart Buchanan, then Distillery Manager and now Global Brand Ambassador, in the experimental Warehouse 13 on site at the distillery.

The Cask No. 10299 was selected by Rachel Barrie, the Master Blender for the brand, and she has hand signed each of the 290 bottles. It has been released at the natural cask strength of 53.4% ABV and will only be available from the BenRiach distillery shop. The price was not revealed in the press release.

"This cask, which I saw laid down 20 years ago, celebrates the multifaceted, fruit-laden style for which BenRiach is renowned and unlocks a cocktail of fruit sweetness. Celebrating 120 years of unconventional distilling, our anniversary expression matured in a Marsala hogshead has aged slowly amongst our eclectic cask collection."
Stewart Buchanan. 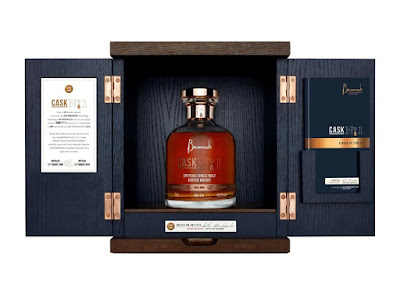 The small family-owned Speyside distillery of Benromach has continued its 120th annivery celebrations with a very special bottling - the Benromach Cask No.1. This cask was the first to be filled when the distillery re-opened in 1998 after a long period of closure and was signed by His Royal Highness Prince Charles, the Duke of Rothesay, who visited to mark the occasion.

The Cask No.1 was filled on August 21, 1998 in to a first-fill ex-sherry butt and was bottled exactly 20 years later on August 21, 2018. It has been bottled at the natural cask strength of 60.1% ABV and will be exclusively available at the distillery shop in Speyside. Pre-orders are now being taken and each bottle will cost £1,000.

Cask No.1 is presented in a special decanter with copper adornments and a double-door wooden casket. This includes a specially commissioned book and a certicficate hand signed by Keith Cruickshank, the Distillery Manager at Benromach since 2000. All profits from the sales of Cask No.1 will be donated to charitable causes. 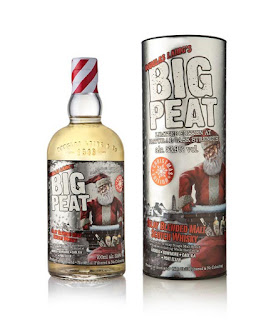 Douglas Laing
The family-owned independent bottler of Douglas Laing & Co. has announced the details of this year’s version of the cult classic Big Peat Christmas Edition. As always with Big Peat, the 2018 expression is constructed from a blend of Islay single malts.

The Christmas 2018 Edition is bottled at the cask strength of 53.9% ABV and is no n chill-filtered and of natural colour. It will be available from specialist retailers from late September globally including the UK, Europe, the USA and selected Asian markets. No indication of the number of bottles was indicated in the press release, but each will cost £49/€55. 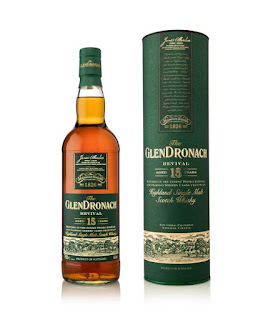 GlenDronach
The east Highland distillery of GlenDronach has announced the re-launch of a much loved and iconic single malt to its core range. The 15 years old Revival expression was discontinued by the previous ownership but has been brought back by new owners Brown-Forman, who took over in 2016. The new version has been created by Rachel Barrie, the Master Blender for GlenDronach, and she has used a combination of ex-Oloroso and ex-Pedro Ximenez sherry casks.

The Revival is bottled at 46% ABV and is non chill-filtered and of natural colour. The cost of a bottle is £62 and will be available initially for four weeks exclusively in the GlenDronach distillery shop. Selected global markets will then follow in the Autumn.

"The GlenDronach Revival is an iconic aged expression of critical acclaim, revered by connoisseurs around the globe. Over 15 years in the darkness of our dunnage warehouses, the spirit has grown in stature, refinement and intensity. It embodies the GlenDronach signature style of Spanish Oak maturation."
Rachel Barrie. 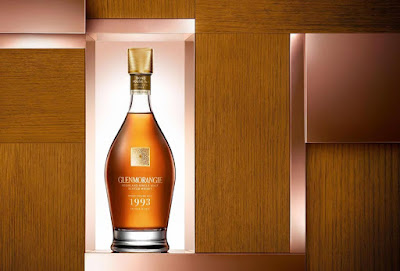 The north Highland distillery of Glenmorangie have announced the third edition in their super-premium Bond House No.1 Collection - the Glenmorangie Grand Vintage 1993. The casks used have been hand selected by Dr. Bill Lumsden - the Director of Whisky Creation, Distilling & Whisky Stocks at Glenmorangie.

The whisky was originally filled to ex-bourbon casks and then after a decade was transferred to ex-Bual Madeira casks, where it has matured for the final 15 years. The limited edition will also be exclusively available in the travel retail sector and each bottle will cost £512/ €575. Exact numbers were not revealed in the press release.

"The intensity of Glenmorangie Grand Vintage 1993 is a rare tribute to the distillery’s new, more exacting approach to whisky creation. Before, we might never have dared such a long finish. This whisky’s delicious contrasts will give travelling collectors a unique insight into our Bond House No.1 Collection."
Dr. Bill Lumsden.

posted by Whisky For Everyone at 10:47 PM

Thank you for sharing the very useful information I like your article, this is also one of the wine that I love, I can learn about the price as well as where can buy them?