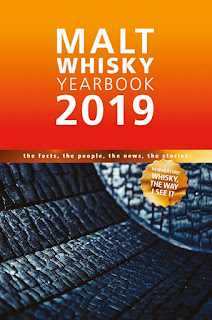 Malt Whisky Yearbook
The details of The Malt Whisky Yearbook 2019 were announced earlier this week by author Ingvar Ronde. This year's edition includes many regular features - distillery profiles covering 526 distilleries from around the world, tasting notes of new releases, lists of whisky shops and websites, plus The Whisky Year That Was and related industry figures and information - as well as new articles about current whisky trends by leading writers, a new Japanese whisky section and a new feature - Whisky, The Way I See It. It is published by Magdig Media and will cost £13.95 per copy. More information can be found at the book's website - www.maltwhiskyyearbook.com. 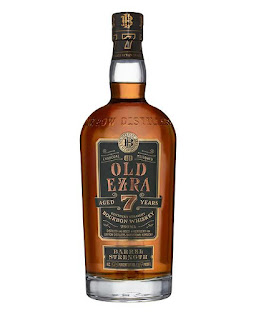 Old Ezra
American whiskey distiller Luxco has announced the introduction of a new bourbon to its portfolio - the Old Ezra Barrel Strength. The whiskey has been aged for seven years and then bottled at 117 Proof (58.5% ABV) to offer 'discerning whiskey drinkers a fuller flavour'. It is presented in an embossed bottle that is adorned with gold and copper foiled labelling. Old Ezra Barrel Strength will be available nationally across the USA and will cost $40 US per 750ml bottle. More details can be found at the brand website - www.ezrabrooks.com. 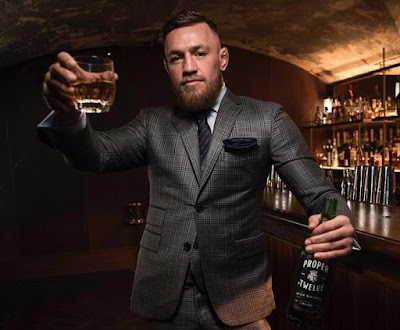 Irish mixed martial artist Conor McGregor and his Eire Born Spirits company have announced the release of Proper No. Twelve. The name refers to McGregor's heritage in which he grew up and learned his fighting trade in the Dublin 12 area of Ireland's capital. The whiskey has been developed by McGregor with the help and expertise of 'the world's oldest whiskey distillery, which is located in Ireland'.

Proper No. Twelve is bottled at 40% ABV and will be available in Ireland and the USA. No details of price were given in the press release. For more information, please visit www.properwhiskey.com.

"Growing up on the streets of Dublin 12, I learned the values of loyalty and hard work. I respect other Irish whiskeys, but I am coming in strong, with passion and with purpose. This is a proper whiskey."
Conor McGregor. 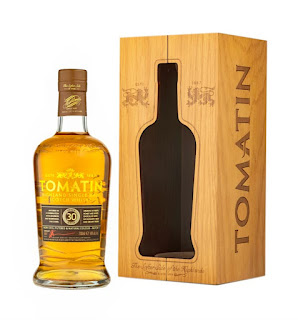 Tomatin
The Highland distillery of Tomatin have announced a new super premium single malt in to their core range - the Tomatin 30 years old. The new whisky, which has been matured in first-fill ex-bourbon barrels, replaces the 1988 Vintage. It is bottled at 46% ABV and is presented in an oak casket and carrying case. They will be available in selected specialist retailers worldwide with just 900 bottles available in the UK. each will cost £300. 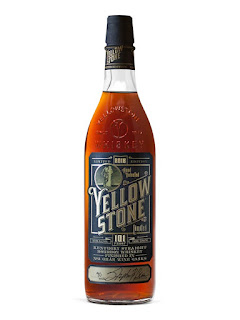 Yellowstone
The Limestone Branch Distillery, which is located in Lebanon, Kentucky, has announced the third and final bottling in its Yellowstone barrel experimentation range. The 2018 Edition combines a collection of Kentucky straight bourbons, which are aged between four and twelve years. The resulting liquid has then been finished in ex-wine barrels, which has been charred to Char No.3 level. As with the 2017 edition, this year's version includes some spirit distilled at Limestone Branch. There will be 12,000 bottles available and these are bottled at 101 Proof (50.5% ABV) each will cost $100 US.

posted by Whisky For Everyone at 1:10 PM