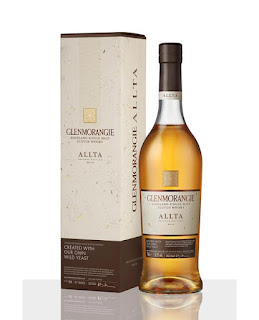 Glenmorangie
The popular north Highland single malt of Glenmorangie has announced details of the latest whisky in its annual Private Editions series. The bottling also marks the 10th anniversary of the series. The Glenmorangie Allta explores the realm of yeast. This stems from a moment when Dr. Bill Lumsden (the brand's Director of Distilling, Whisky Creation & Whisky Stocks) discovered wild yeast on ears of Cadboll barley growing next to the distillery. This yeast was then cultivated and used during the fermentation stage of Allta's production.

The Allta (which translates as 'wild' from Scots Gaelic) has been predominantly matured in second-fill ex-bourbon barrels and is bottled at the natural cask strength of 51.2% ABV and is non chill-filtered. It will be available worldwide from specialist whisky retailers from February 5th, or via www.clos19.com now. The recommended price is £79 per bottle.

"Glenmorangie Allta is a worthy whisky to mark the Private Edition’s tenth anniversary. The influence of yeast on taste has been overlooked for years, but it’s an area ripe for exploration. Allta opens up compelling possibilities for the future of Scotch whisky."
Dr. Bill Lumsden. 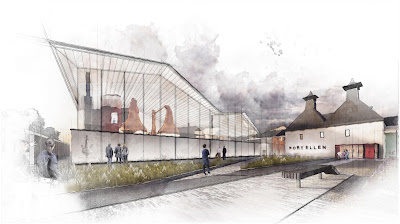 The rebirth of the legendary distillery of Port Ellen on Islay has moved a step closer as Diageo have revealed their plans to the local community at a consultation evening on the island. These plans will also be formally submitted to Argyle & Bute Council. The plans combined the heritage of the old Port Ellen distillery and innovation for the new site including a presentation from Joanne McKerchar, Diageo's Specialist Archivist.

Under the plans, Port Ellen will be brought back in to production using two sets of copper pot stills but two different distilling regimes - the first will produce spirit using exact replicas of the original distillery, which closed in 1983, while the second set will be smaller and used for experimentation.

The existing buildings - the kiln with twin pagodas and sea-fronting dunnage warehouses - will be renovated and become integral parts of the new site, with the addition of a new state-of-the-art production area. Further announcements will follow in due course.

"We believe these plans are a fitting tribute to the exceptional legacy of Port Ellen and we are incredibly excited to be able to share them. To have the opportunity to recreate the original spirit character of the distillery is incredible. Plus, we are lucky enough to have the old kiln buildings and seaside warehouses that will be restored and reimagined."
Georgie Crawford - Master Distiller and Project Leader at Port Ellen. 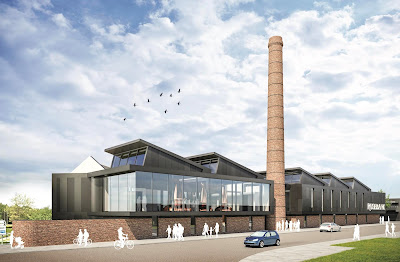 Another iconic distillery is even closer to being revived. Planning permission has been granted by Falkirk Council to Ian Macleod Distillers to begin work on the redevelopment of the Rosebank distillery in Camelon, near Falkirk. The distillery, which sits on the banks of the Forth & Clyde Canal and closed in 1993, will see original canalside building and the recognisable chimney stack redesigned to incorporate a modern and energy efficient production facility.

The projected annual capacity will be one million litres and the estimated time for production to begin and the visitor centre to open in Autumn 2020. Rosebank was formally known as 'King of the Lowlands' and is expected to bring 50,000 visitors a year to the local area.

"Rosebank distillery has a very special place in Scotland’s whisky heritage. We will strive to replicate the unique Rosebank style by once more employing the unique techniques of triple distillation and worm tub condensers, for which this iconic Lowland single malt was famed. To bring back to life an iconic distillery and quintessential Lowland single malt is truly a once in a lifetime opportunity."
Leonard Russell - Managing Director at Ian Macleod Distillers.

posted by Whisky For Everyone at 1:46 PM