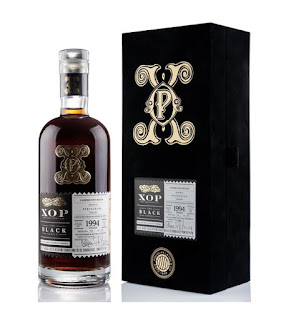 Douglas Laing
The prolific independent bottling company of Douglas Laing & Co. has announced a new range of whiskies and the first whisky in the collection. The Black Series is an extension of their super premium XOP range and the inaugural bottling is the Springbank 1994 Vintage. This has been matured in a single ex-sherry hogshead that has yielded just 148 bottles at the natural strength of 47.7% ABV. It is 25 years of age.

The new series features an enhanced packaging experience with monochromatic colouration accentuated with gold lettering and trim. The XOP Black Series : Springbank 1994 Vintage will eb available in Asia and Europe only with a price of £800 per bottle.

"This Springbank is an encapsulation of everything our family business proudly represents - quality, luxury and the utmost attention to detail. The maiden release in The XOP Black Series certainly sets an exceptionally high benchmark for future bottlings."
Cara Laing - Director of Whisky at Douglas Laing & Co. 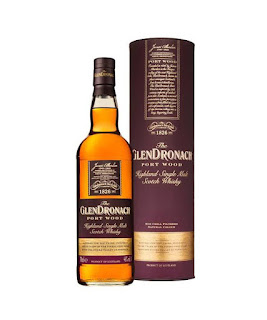 GlenDronach
The east Highland distillery of GlenDronach has announced a new limited edition bottling - the GlenDronach 10 years old Portwood. The whisky has been created by Rachel Barrie, the Master Blender for GlenDronach. It features whisky matured in ex-Oloroso and ex-Pedro Ximenez sherry casks for seven years, which were then combined and moved to ex-Port pipes, sourced from the Douro valley in Portugal, for a further 3 years.

The GlenDronach 10 years old Portwood has been released at 46% ABV and is non chill-filtered and of natural colour. There are just 6,000 bottles. It will be available from selected specialist retailers in selected world markets and will cost £60 per bottle. 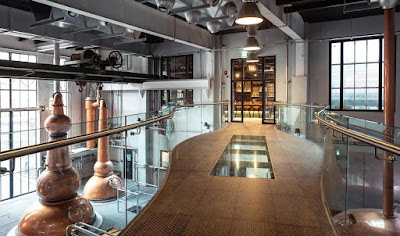 The Diageo-owned Roe & Co. distillery in the centre of Dublin has started production of whiskey followed a two year building programme. The distillery is housed within a former power station at the famour Guinness brewery site in St. James's Gate. It is home to three unique copper stills, which can be operated for both double and triple distillation, and is predicted to produce around 500,000 litres of spirit in its first year.

The distillery will also offer premium tours daily between 11am and 5pm with a maximum of 16 people per tour. This will cost €25 per guest and will include a whiskey taster, the interactive Flavours Workshop and complimentary cocktail in the Power House Bar. They will also have access to a special exhibition charting the rise and fall and rise again of the Irish whiskey industry. The new distillery has cost an estimated €25 million. It will be open to the public shortly.

posted by Whisky For Everyone at 1:48 PM