Within Inbox we aim to write a few lines detailing each press release/piece of news/PR event that we have received and provide links, where possible, for you to find out further information.  We have been away on holiday so the new releases have piled up a bit. Therefore we have decided to split Inbox in to two parts. Part 2 will follow shortly. This is the news that has grabbed our attention over the last two weeks.

The independently owned Isle of Arran distillery has unveiled a new packaging design as they prepare to celebrate their 25th anniversary next year. The packaging, designed by Stranger & Stranger, is said to incorporate and showcase the natural elements of the island of Arran while giving the brand a contemporary look. It also features a new bespoke bottle featuring 'water ripples' and a new logo.

The brand have also used the opportunity to launch two new single malts in to the core range - the Barrel Reserve and the Sherry Cask. They will sit alongside the 10 years old and Quarter Cask (all pictured, above). Other expressions in the core range, such as the 18 and 21 year olds, will also appear in the new packaging later in the year. For further information, please visit www.arranwhisky.com. 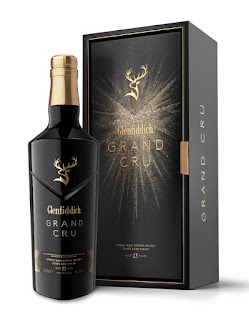 Glenfiddich
The leading Scotch single malt brand of Glenfiddich have announced the release of its latest innovative whisky - the Glenfiddich Grand Cru. The whisky has been bottled at 23 years of age and has been primarily matured in American oak and European oak casks, before a final period of finishing in rare French cuvée wines barrels. Glenfiddich Grand Cru is presented in a black glass bottle with gold print and stopper. It is bottled at 40% ABV and is available from luxury retailers and specialist whisky stores. Each bottle will cost £220. For further information, please visit www.glenfiddich.com/grandcru. 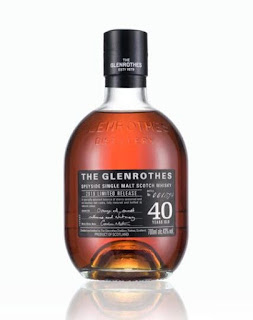 Glenrothes
The Speyside distillery of Glenrothes have announced their oldest ever single malt to be released - the Glenrothes 40 years old. The rare whisky was distilled in December 1978 and has seen maturation in a combination of ex-bourbon and ex-sherry casks for the last four decades. It is the latest addition to the brand's Soleo Collection. There will be just 594 bottles released and these are presented in an oak casket. Each bottle is individually numbered and will cost £2,900. The Glenrothes 40 years old will be available from October 1 at from retailer Berry Brothers & Rudd.

Glenrothes are also offering a chance to sample the rare whisky at an exclusive tasting in London. There are 20 pairs of tickets on offer and all you have to do is register to enter. To do this - click here. But hurry as the deadline is tonight! 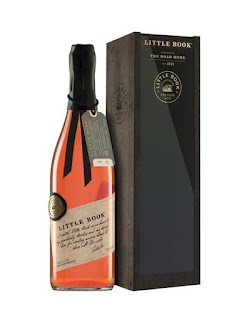 Jim Beam
The third installment of the annual Little Book series has been announced. It has been created by Fred Noe, the eighth generation Beam distiller. The new whiskey, entitled The Road Home, is a limited edition and is bottled at the natural strength of 122.3 Proof (61.1% ABV).  The Road Home features four different bourbon whiskeys - Knob Creek 9 years old, 9 years old Basil Hayden's, 11 years old Booker's and 12 years old Baker's - that have been blended together uncut with water and unfiltered. It will be available across the USA in limited quantities and each bottle will cost $125 US. 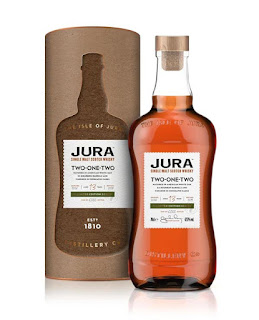 Jura
The island distillery of Jura have revealed a new limited edition single malt that will be released annually going forwards. The Jura Two-One-Two pays homage to the 212 people that officially call the Hebridean island of Jura home. The whisky is released at 13 years of age and has seen its final months maturing in casks made from Chinkapin oak, a highly prized white hardwood from the Ozark mountains in Missouri, USA.

posted by Whisky For Everyone at 10:50 AM