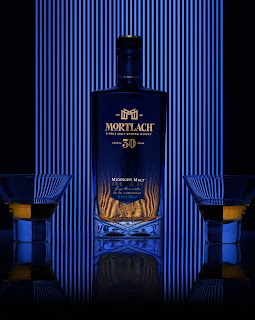 Mortlach
The Speyside single malt distillery of Mortlach, often called 'The Beast of Dufftown', has announced the release of a rare new expression - the Mortlach 30 years old Midnight Malt. The new whisky has undergone a three-way finishing process in an intriguing set of casks. It has spent the majority of its maturation in either re-fill American oak or re-fill European oak. These were then married together by Dr. Craig Wilson, one of Diageo's senior malt blenders, before being split between the three casks - ex-Bordeaux red wine, ex-Calvados apple brandy and ex-Guatemalan rum.
The Mortlach 30 years old Midnight Malt has been bottled at the natural cask strength of 49.1% ABV and is limited in number. It will be available worldwide from from selected specialist and luxury retailers. A bottle will cost £3,700/ $4,495 US.
Tullibardine 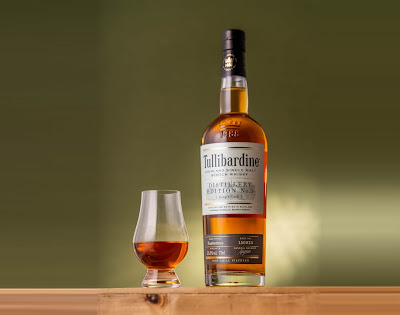 The Highland distillery of Tullibardine has launched the fifth expression in its Distillery Editions Series, imaginatively titled Tullibardine Distillery Editions No.5. The single malt was distilled and filled to a single ex-bourbon cask in 2007, before undergoing a final finishing period in an ex-Sauternes dessert wine barrel from France.
The series was launched in 2020 and are exclusive to the distillery visitor centre. Each single cask has been hand selected by a different distillery team member. This fifth edition was chosen by Greg Paterson, Senior Distillery & Warehouse Operator at Tullibardine. It is limited to just 269 bottles with each costing £95.

"The sweetness of the first-fill bourbon barrel marries particularly well with the fruitiness from the time spent in the Sauternes wine cask, bringing out aromas of white peach and ripe nectarines. It's a delicious combination."
Greg Paterson. 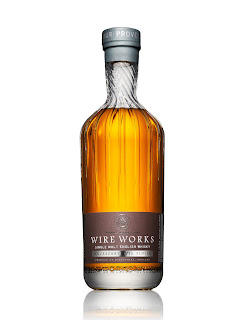 White Peak
The Derbyshire-based English whisky distillery of White Peak have announced the latest limited edition release - the Wire Works Necessary Evil Finish. It is just the fifth release from White Peak. The whisky has seen the distillery's lightly peated spirit initially matured in ex-bourbon barrels. This has then been finished for a short period in ex-beer casks. These had previously held Necessary Evil imperial stout brewed by the neighbouring Thornbridge Brewery. It is bottled at 51.3% ABV and is both non chill-filtered and of natural colour. There are just 2,059 individually numbered bottles.
The Wire Works Necessary Evil Finish is only available via the White Peak website, with a small amount available tomorrow (Saturday 5 August) from the distillery shop. A bottle will cost £65 and is restricted to one per customer.
Get Social With Us
Follow us for regular whisky updates and activities throughout the week.

posted by Whisky For Everyone at 7:18 PM