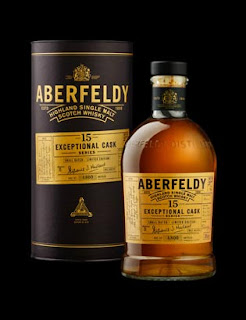 Aberfeldy
The Highland single malt brand of Aberfeldy has announced the latest addition to its travel retail exclusive Exceptional Cask Series - the Aberfeldy 15 years old Sherry Finish. The new whisky has been created Stephanie MacLeod, the Malt Master for Aberfeldy, and has been matured for 12 years in ex-bourbon barrels before a three year finishing period in ex-Oloroso sherry casks. The Aberfeldy Exceptional Cask 15 years old Sherry Finish will be available from Heinemann airport stores worldwide from November 1. It is bottled at 43% ABV and will retail for £85/ €100/ $110 US. 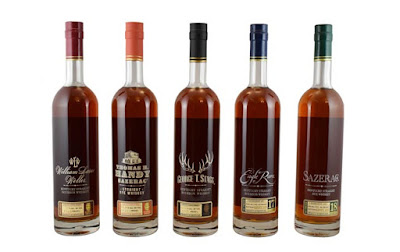 The Thomas H Handy was distilled in Spring 2013 is bottled at 62.5% ABV and features casks matured in Warehouses K, M and N. The William Larue Weller was distilled in Winter 2007 and has been maturing in Warehouse I. Pricing details and quantities of each whiskey were not revealed in the press release received. 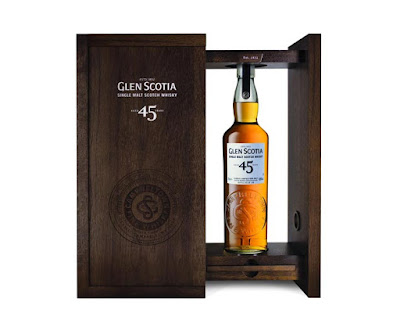 The Campbeltown distillery of Glen Scotia has announced the release of its oldest ever single malt - the Glen Scotia 45 years old. The whisky comes from a single cask that was distilled in 1973. This was filled to a refill ex-bourbon cask before being transferred to a first-fill ex-bourbon barrel in 2011. The cask has yielded just 150 bottles and is released at 43.8% ABV and non chill-filtered.

The Glen Scotia 45 years old is presented in an embossed glass bottle and bespoke casket made from British walnut by luxury packaging firm Moran's Wood Components. The 150 bottles will be distributed amongst selected specialist whisky retailers worldwide and each will cost £3,795/ $4,875 US. 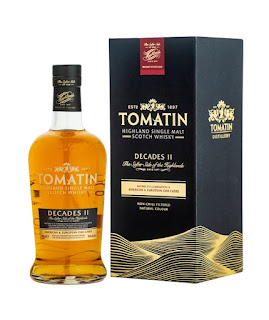 Tomatin
The Highland distillery of Tomatin have announced a new limited edition that celebrates the last 50 years - the Tomatin Decades II. The whisky is a marriage of just 21 casks, which have been selected from key moments across the last five decades. These include ex-bourbon, ex-sherry, ex-verdejo wine and French oak barrels. The liquids used were distilled in 1973, 1975, 1977, 1988, 1995, 2000, 2009 and 2013. It follows on from the original Decades bottling that was released in 2011.

The Tomatin Decades II is bottled at 46% ABV and there are just 3,600 bottles. They will be available in selected specialist whisky retailers worldwide at a cost of £175/ $225 US.

"Balancing the flavour profiles of just a few casks can be a real challenge. We’ve been the custodians of exceptional Scotch for generations, and that care and experience is really showcased by Decades II. It is a testament to those who work at Tomatin today and those that worked at Tomatin before us."
Graham Eunson - Distillery Operations Director at Tomatin.

posted by Whisky For Everyone at 10:54 AM