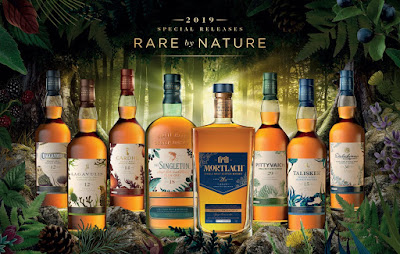 Scotland's largest whisky producer launched this year's collection of their Special Releases programme at a lavish launch event in London earlier this week. Below is a brief summary of the eight bottlings that are featured for 2019, which carried the theme 'Rare By Nature'.


To read the full details of the bottlings and our tasting notes from the launch - please click here. 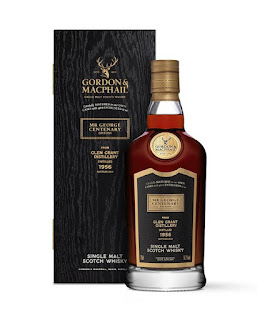 Gordon & MacPhail
The family owned independent bottling company of Gordon & MacPhail have announceda rare single malt bottling that celebrates one of the pioneers of the Scotch whisky industry - George Urquhart. The whisky was distilled at the Speyside distillery of Glen Grant in 1956, the year that Urquhart became a senior partner at Gordon & MacPhail. He had already been at the company for over 20 years by that time. 2019 also signals what would have been his 100th birthday.

The whisky, which is named the Mr. George Centenary Edition - Glen Grant 1956, has been maturing in a single first-fill ex-sherry butt (cask #4455) for 62 years and this has yielded just 235 bottles. It was selected by Stuart Urquhart, George's grandson and current Operations Director at Gordon & MacPhail, and will be available globally from selected specialist whisky retailers. Each bottle will cost £5,000/ $6,450 US.

"My grandfather’s drive, commitment and foresight helped to ensure that single malt Scotch whisky grew in popularity. Our specially selected Mr George Centenary Edition embodies the qualities that made my him a master of his craft. Glen Grant was also one of his favourite drams."
Stuart Urquhart. 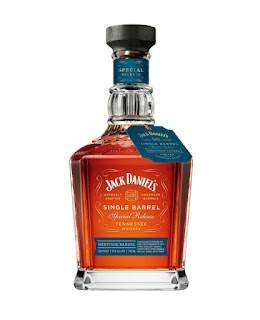 Jack Daniel's
The leading Tennessee whiskey brand of Jack Daniel's has announced the details of the second release of its Heritage Barrel bottling. The release features just 200 single barrels and will be available across the USA. The barrels have been hand selected by Jeff Arnett, the Master Distiller at Jack Daniel's, and have been maturing in the highest position in the warmest warehouse at the distillery in Lynchburg. This gives maximum interaction between spirit and wood, and results in increased evaporation. Each bottle will cost $65 US. 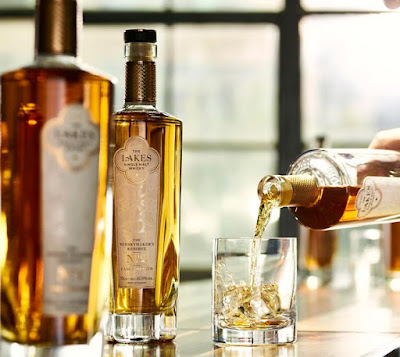 The Lakes distillery in northern England has announced its general second release of its single malt - the Whiskymaker's Reserve No.2. It follows hot on the heels of the Whiskymaker's Reserve No.1, which has now sold out from the distillery after just five weeks. This second bottling is again released at the natural cask strength, which is 60.9% ABV this time, and is non chill-filtered.

The Whiskymaker's Reserve No.2 features a marriage of whiskies maturing in three different cask types - ex-bourbon, ex-Pedro Ximinez sherry and ex-red wine. These were selected by Dhavall Gandhi, the Whisky Maker at the Lakes. There will be only 4,788 bottles available and these can be purchased via www.lakesdistillery.com. Each bottle will cost £65.