Ballantine's - Love is in the air

The popular blended Scotch brand of Ballantine's have created an app to encourage consumers to create an individual piece of artwork and 'leave an impression' on a loved one.  The app was created to tie in with Valentine's Day and is called Ballantine's Day - Love Stories.  It is available online and for mobiles and tablets, and allows people to detail their individual love stories and describe their first impression of each other in a storyboard format.  This can then be shared via social media and on the special website.  Now we know that Valentine's Day has gone for another year, but you can still add your story on the site by clicking here.

Jura - Add another Vintage
The Jura distillery have the announced the latest edition to their premium limited edition Vintage range - the 1977 Juar.  The name Juar is Gaelic for the mythical yew tree, which one covered the isle of Jura and was the source of some local superstitions.  The yew tree was believed to carry the powers of regeneration and immortality by islanders.

The whisky is taken from just three first-fill ex-bourbon casks, which have then been finished in an ex-Ruby Port pipe cask.  It has been bottled at 46% ABV and there are just 498 bottles.  The recommended retail price is £600.  The bottle is presented in an oak box hand crafted by the Scottish-based cabinet maker John Galvin.  Both the box and bottle carry a representation of a yew tree.  We have just received a sample of this, so will be tasting and reviewing it in due course.

Midleton - Single cask exclusives
Irish Distillers Ltd have announced the release of 10 very limited single cask expressions of their premium Irish single pot still brand of Midleton.  These have been released to key account holders in France, Germany, Ireland and the UK - the retailers are Celtic Whiskey Shop, Dublin Airport, Irisch Lifestyle, James Fox Cigars & Whiskey, La Maison du Whisky and The Whisky Exchange.  Each retailer will have at least one exclusive expression, with some having more.

Each bottling will carry the name of each retailer and have been matured in ex-bourbon casks and have been bottled at their natural cask strengths.  The individual casks were all laid down to mature between 1991 and 1999 and have yielded 185 bottles each, on average.  Each expression is presented in the traditional Midleton bottle and wooden casket.  The prices are dependent on each retailer, but seem to be in the £230-250/€330-350 zone.

Barry Crockett, the shortly-to-retire Master Distiller at Midleton, says: "The Midleton brand name is synonymous with excellence in craftsmanship and the extension of the Single Pot Still single cask releases has allowed us to further showcase the quality of the Single Pot Still style to whiskey connoisseurs, who eagerly anticipate opportunities to taste Midleton whiskeys." 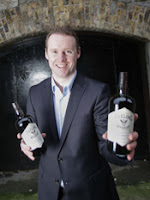 Teeling - First whiskey released
The Teeling family, more recently known for the Cooley distillery which they sold last year, have launched their first whiskey under the new Teeling Whiskey Company label.  This follows on from a couple of non-whisky releases last year.  The Small Batch Irish Whiskey is being released to celebrate the family's 230 year heritage in the Irish whiskey industry, which dates back to the 1780s when Walter Teeling first set up a distillery in Marrowbone Lane, Dublin.

The new whiskey has been constructed from hand selected casks of Irish grain and malt whiskey, which has then been further matured in ex-rum casks.  The Teeling Small Batch Irish Whiskey is bottled at 46% ABV, is non-chill filtered and will be released shortly.  As yet, no price has been given.  It is also rumoured that the Teeling's are planning to follow their ancestor's footsteps and open a new distillery in Dublin ... we will let you know as, when and if it happens.

Jack Teeling, founder of the Teeling Whiskey Company (pictured, above), comments: "Since 1782 the Teeling family have been crafting Irish Whiskey. The entrepreneurial spirit that inspired Walter Teeling back in the 18th century has not been diluted over the years and the latest generation are committed to innovating and creating unique Irish whiskeys. Our aim was to create a new Irish whiskey that is a salute to our own provenance and which stands out for its quality and unique flavour."