AnCnoc - Welcomes new release
The east Highland distillery of Knockdhu have announced a new single malt release in to their core range - the AnCnoc 22 years old.  The new whisky has been predominantly matured in ex-bourbon casks, along with a small percentage of ex-Oloroso sherry casks.  It has been bottled at 46% ABV and is non chill-filtered.  The initial release will see 5,700 bottles appearing in selected markets including Denmark, Germany, Japan, Russia, Sweden, Taiwan, the UK and the USA.  The recommended price is £85 a bottle.


Chivas - Goes to the movies
A couple of weeks ago, we reported on a joint collaboration between the Chivas whisky brand and Mexican arthouse film production company Canana. The partnership sees Canana release two short English language films about the subject of 'modern friendship'. Both films are set in Mexico and explores trust, forgiveness and acceptance between three life-long friends.  Now the first short film, which you can watch below and is entitled Drifting, has been released with the second and concluding part appearing later in February. This first film was directed by Diego Luna, one of the founding members of Canana.  Enjoy ... 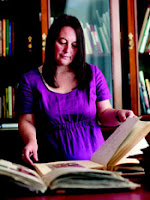 Diageo - Invest in their history
Scotland's largest producer of whisky, Diageo, has announced that it is to expand its company archive at a cost of £1.5 million. The Diageo Archive, which originally opened in 1990, will see the current site in Menstrie, Clackmannanshire expanded to include a new storage facility, new library resource and a new reception area.  A planning application has been submitted to Clackmannanshire Council for approval.

The archive currently holds over half a million items charting the history and evolution of more than 1,500 brands, 200 production sites (including the current 28 single malt distilleries in Scotland) and 150 markets.  This includes over 10,000 bottles and 12,000 advertising campaigns for whisky brands such as Johnnie Walker, Bell's and J&B, plus numerous other spirits such as Gordon's gin and Smirnoff vodka.  The facility currently employs five staff and has been managed by Christine McCafferty (pictured, above) for the last 15 years.

"The Diageo Archive is has been carefully and lovingly built over many years and is a living record of the tradition and heritage of brands which are famous around the globe", says Christine. "Diageo has the world’s leading collection of premium drinks brands and with new marketing campaigns, new bottles and new packaging being developed all the time our collection is continually expanding. I am absolutely delighted that the company is prepared to invest in developing and expanding our home here in Menstrie."

Shackleton Whisky - Now comes the book
Following hot on the heels of the release of Batch #2 of the Shackleton Whisky by Whyte & Mackay comes a book about the historic Scotch and its journey to the other side of the world and back.  We have covered the unique story of the Shackleton MacKinlay's whisky on numerous occasions - click here to revisit this.  We will also be reviewing the second batch of the whisky very shortly.

The book, which is written by award winning author Neville Peat, follows the story of MacKinlay's Old Highland Whisky and the curious circumstances about how it came to be on Ernest Shackleton's expedition to the Antarctic in 1907/08.  Shackleton was a renowned tee-totaller but yet he order 25 cases of whisky to accompany them on the trip.  Detail of the trip is compiled from the diaries and journals of those taking part, which Peat was granted access to.

The book then switches to the modern day when three bottles of the whisky were retrieved from under the ice at Shackleton's hut and returned temporarily to Scotland.  Whyte & Mackay, who have subsequently become owners of the MacKinlay's brand, took the bottles back to attempt and recreate the original whisky as closely as possible.  The result was a widely regarded success and this has now been followed up by Batch #2.  Shackleton's Whisky by Neville Peat will be available in the UK from 21 February, costing £16.99.

posted by Whisky For Everyone at 10:51 PM