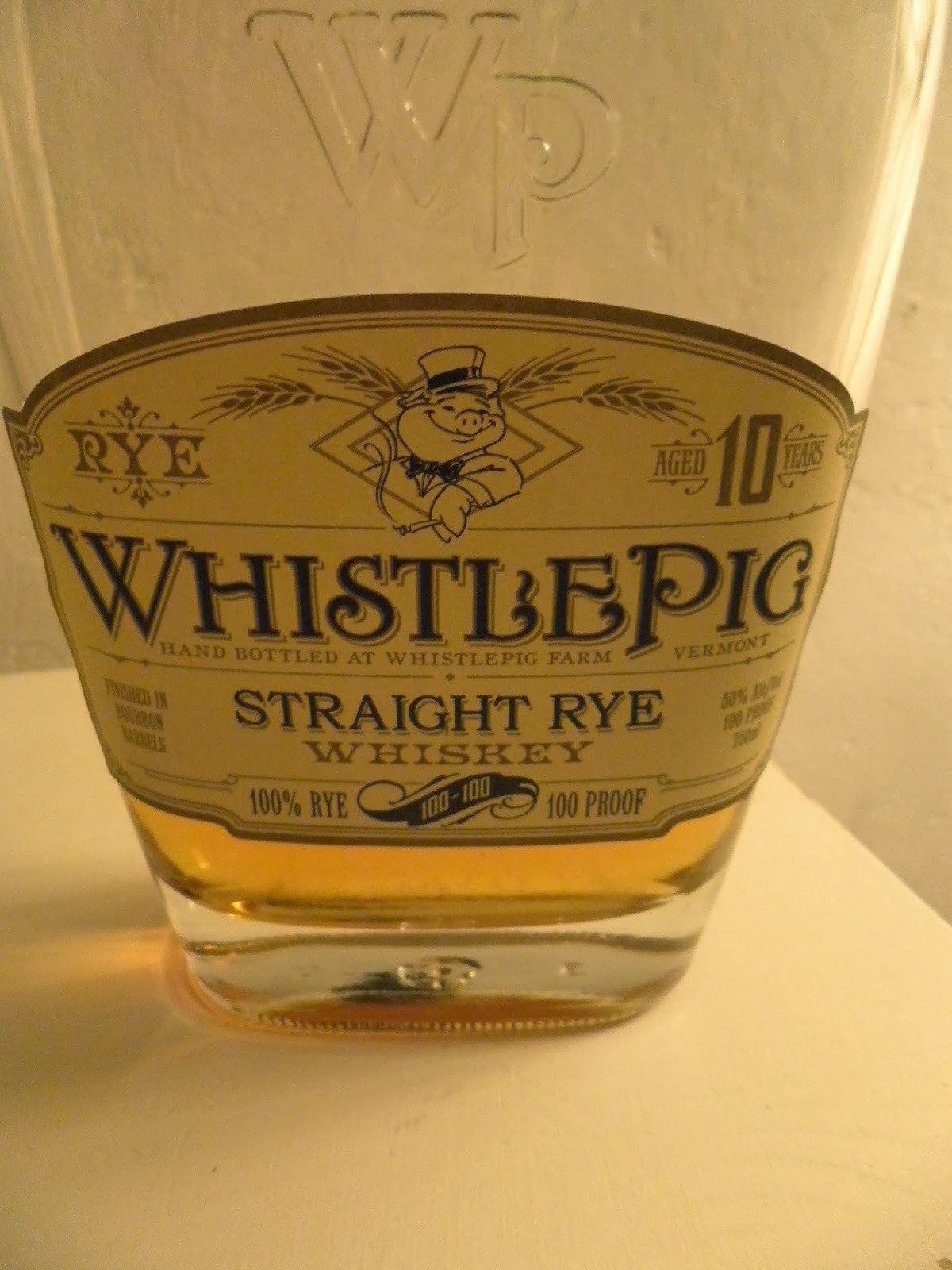 The Whistlepig whisky company are located on a farm in Shoreham,Vermont and include former Maker's Mark head distiller Dave Pickerill among their staff. I came across their flagship 10 Year Old Rye on a recent trip to the United States and thought it was brilliant so brought a bottle back home with me. On closer inspection of the label I noticed the rather cryptic line “Hand Bottled on Whistlepig Farm, Vermont”. Why mention this? Surely it was distilled there as well, right?

This odd statement raised my suspicions as to the provenance of the Whisky, knowing full well that a couple of other smaller American whisky companies buy in older stock from elsewhere and bottle under their own brand name while their own distillate is maturing (a perfectly legal thing to do in the U.S). A quick search online proved my suspicions were correct. Whistlepig Rye is not distilled by the company at all, in fact as far as I know they don’t distil anything.

Whiskypig Rye isn’t even an American Whisky, it’s distilled north of the border in Canada. As a consumer, after trying the whisky and buying a bottle I didn’t really feel bothered where it came from although obviously it would be better if they were a little more clearer about where the whisky was distilled. From a Scotch whisky perspective, looking from the outside looking in, it seems a little crazy that you’re allowed to do that in the American whisky industry but I guess there are long standing historical reason for it.

The whiskey itself is quite an unusual in that it has a 100 % Rye mash meaning that that only cereal used to make the whiskey is Rye. Most American and Canadian Rye whiskies consist of a mash comprising a mixture of different cereals, namely Corn, Barley and of course Rye of which the Rye is the majority constituant. The whisky has also been matured in ex-Bourbon barrels which is definetly an unusual idea.Whistlepig is very hard to come by in the U.K. but when you find it goes from around £90. In the U.S.A. it costs around $60 - $70. It’s bottled at 50% Abv.

Our tasting notes
Quite a lot of floral honey notes, something a bit sugary than that as well like brown sugar and toffee. There’s also great deal of mint, ginger and rye. Gets gradually more savoury, the sweetness never dies away fully but there’s honey on toast, polished oak and then a little hint of mashed potatoes. Also a little mustiness, like damp earth or a tool shed.

The palate is big sweet and chewy at first. Oily, mouth coating and drying throughout. There’s honey, syrup and banana chews then the spice comes through, not as forcefully as other Rye whiskies but certainly not shy. There’s ginger, cloves and nutmeg followed by a very distinctive grassy, vegetal note similar to Rhum Agricole, almost rubbery but not in a bad way by any means. The finish starts off quite nutty with pecans and hazelnuts glazed in honey. Then the spiciness takes over with a lovely mellow chilli pepper warmth alongside spearmint and ginger and a bitter sweet brown sugar note. A very long finish.

What’s the verdict?
This is a fantastic whiskey. Probably one of the best Rye’s I’ve tried to date. So much complexity with quite typical Rye notes alongside a unique grassy/vegetal note I’ve not experienced in other Rye whiskies I’ve tried. The 100% Rye mash comes through but seems to be tempered a little by the 10 Years of maturation resulting in an excellently balanced whiskey that's both a full on Rye with still plenty of sweeter notes coming through.

The bourbon barrel finish may have left a little sweeter edge and roundedness as well but it's not obviouse and has melded well with the spirit and not left and jarring characteristics so frequent with cask finishes. Ok, so they’re a bit naughty with the provenance but don't let that put you off. Definitely one to pick up if you can find it. Top stuff.

I believe Canadian mashbills are commonly all rye, and the resulting whisky is aged separately before being blended with other grain whisky before being bottled and sold. So while it's true that it's rare to find a 100% rye whisky on the shelf, I don't think it's rare that Canadians use a 100% rye mashbill. That is why WhistlePig was able to source this whisky, because there are numerous barrels of 100% rye aging in Canada.