Within Inbox we aim to write a few lines detailing each press release/piece of news/PR event that we have received and provide links, where possible, for you to find out further information.  Here is the news that has caught our attention from this week ... 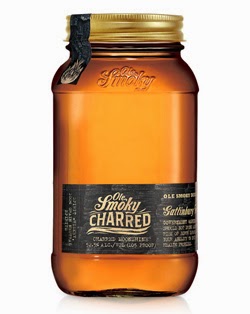 Ole Smoky - Charred Moonshine
The Ole Smoky Tennessee Moonshine company have announced their first foray in to the premium spirits market with a barrel aged version of their popular moonshine. The Ole Smoky Charred Moonshine has been released in a batch of just 21,000 bottles and has been produced at the company's Gatlinburg distillery.  It has been bottled at 105 Proof (52.5% ABV) and will be available in 49 states in the USA, retailing at $39.95 for a 750ml jar.

Ole Smoky founder Joe Baker, said: "Our mission at Ole Smoky is to bring pure Tennessee mountain whiskey to the world by perfecting the recipes that our ancestors have been working on for over 100 years. We have spent the last five years giving consumers an unaged craft whiskey product in a variety of flavors, and a barrel-aged premium product is a natural next step." 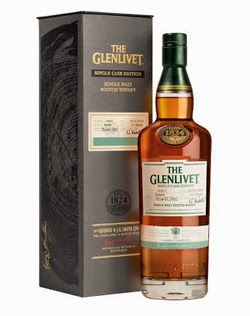 Glenlivet - New single cask
The popular Speyside single malt brand of Glenlivet has announced the launch of its latest single cask bottling.  The Kymah, which takes its name from the Kymah Burn which flows in to the River Livet, has been aged in an ex-sherry butt for 16 years and has a natural cask strength of 60.1% ABV.  There are just 528 bottles, each of which is hand written and individually numbered.  It will be exclusive to Heinemann Duty Free at Frankfurt airport and is priced at €249 a bottle.

Claus Heinemann, co-owner of Heinemann Duty Free, said “As a loyal fan of The Glenlivet myself, I was honoured to be invited to The Glenlivet Distillery in 2014 to hand-select the single cask in which The Glenlivet Kymah was matured. We are very excited to unveil this rare and exceptional whisky as a Heinemann exclusive in our Frankfurt stores.” 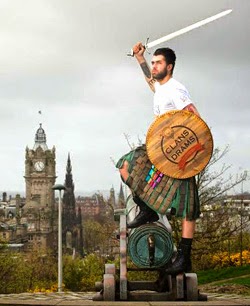 Scotch Malt Whisky Society - Clans & Drams
The Scotch Malt Whisky Society has announced an initiative to bring their whiskies to the attention of a new audience at this month's Whisky Month, which is organised by Homecoming Scotland during May.  The Clans & Drams scheme is supported by a series of events at its Edinburgh venues and groups their single casks whiskies in to 12 'clans' based on flavour profile, such as 'Spicy & Sweet' and "Deep, Rich & Dried Fruits'.  Events will be open to members and non-members.

Mark van der Vijver, UK Sales Manager for the SMWS said: “Here at the Society, we believe it’s important not to have any preconceptions based on traditional whisky regions or distillery brands when choosing a whisky; we encourage everyone to focus on the flavours within each whisky so they don’t miss discovering something they may not usually try. Clans & Drams embodies this concept by creating our own flavour-based whisky clans.”

posted by Whisky For Everyone at 11:19 PM