Within Inbox we aim to write a few lines detailing each press release/piece of news/PR event that we have received and provide links, where possible, for you to find out further information. Following our little Easter break, here is what has caught our attention this week ... 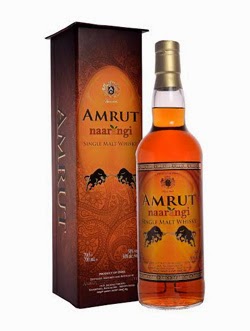 Amrut - Oranges & Angels
The increasingly popular Indian distillery of Amrut has announced two new releases - the Naarangi and the Greedy Angels.  Naarangi, which means 'orange' on Hindi, is an innovative single malt as it has been matured in very special ex-Oloroso sherry casks.  These casks were matured at Amrut's distillery in Bangalore for three years, containing sherry and Indian orange peel.  They were then emptied and filled with three years old Amrut single malt and matured for a further three years. 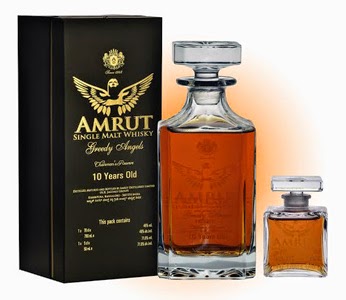 The Greedy Angels is the first ever 10 years old expression to be released by Amrut.  It has been bottled to commemorate the 10 year anniversary of Amrut appearing as a single malt.  The whisky is named Greedy Angels to highlight the fact that the rate of evaporation of maturing spirit, widely known as 'the angel's share', is much higher in India (around 10-12% is lost every year) compared to Scotland or Ireland where the figure is approximately 1-2%.

There are just 900 bottles of Naarangi available and they will be on sale in Asia, Canada and Europe shortly.  It has been bottled at 50% ABV.  No details of price have been released.  There are only 320 bottles of the Greedy Angels and these are priced at €550/£400 each.  These will be available in selected European markets and the USA. 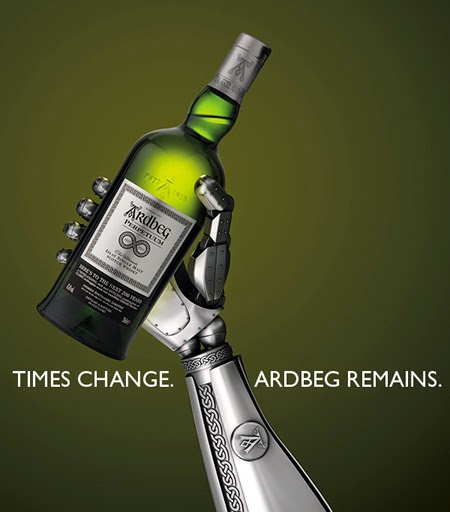 The Islay distillery of Ardbeg has announced a few details about its highly anticipated release that coincides with Ardbeg Day at the Islay Festival each year.  This year's limited edition bottling is named Perpetuum, which means 'forever' or 'ongoing' in Latin, and kicks off the distillery's 200th anniversary celebrations.  It will be on sale from Saturday May 30, which is the official Ardbeg Day.  Details of exact numbers of bottles, ABV strength and the price are yet to be revealed.

Ardbeg Perpetuum has been created by Master Blender Dr. Bill Lumsden and he has taken inspiration from the different styles of Ardbeg that have been made over the past two centuries and then combined them.  Further news and the opportunity to purchase will be revealed in the coming weeks to Ardbeg Committee members.  If you are not a member already, then it is free to join via www.ardbeg.com.

Benriach - Comes of age
The independently owned Speyside distillery of Benriach has announced a new single malt for its award-winning core range.  The new 10 years old expression is significant as it is constructed from whisky produced by the independent owners since they took control in 2004.  The bottling has been matured in a combination of ex-bourbon and ex-sherry casks and is bottled at 43% ABV.  It is scheduled to replace the 12 years old expression in due course and sports the new brand packaging.  No price details have been supplied.

Alastair Walker, the Sales Director for The Benriach Distillery Co, commented: “The BenRiach 10 Years Old is a key new launch for us as it marks a significant milestone – it is the first core range expression to be created from whiskies distilled at BenRiach since we took over in 2004. We have been working towards this single moment since we acquired the BenRiach distillery and the 10 years old expression will become the cornerstone of our range.”

posted by Whisky For Everyone at 8:01 PM

eToro is the ultimate forex trading platform for beginning and professional traders.