Welcome to the first Inbox of 2017.  For those new to WFE, Inbox is our weekly round up of whisky news and PR material that has found its way in to our email inbox. It was created as we cannot write full articles or do justice to every piece received. It features items from around the world of whisky and is published by us each Friday.

Within Inbox we aim to write a few lines detailing each press release/piece of news/PR event that we have received and provide links, where possible, for you to find out further information.  As the whisky companies and PR agencies begin to wake up after the festive period, so the news is starting to filter through. 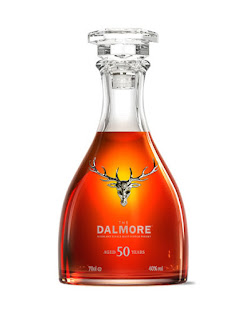 Dalmore
The north Highland distillery of Dalmore have announced the launch of a very special and limited bottling - The Dalmore 50 years old.  This whisky, of which there will only be 50 bottles, is released to commemorate and celebrate the 50th anniversary of Master Distiller Richard Paterson working in the whisky industry. The whisky was originally filled to American oak casks in 1966 before being move to ex-Matusalem sherry casks in 2003.  This was then transferred to ex-Port pipes in 2012 before undergoing 50 days of finishing in ex-Champagne casks from Domaine Henri Giraud.

The whisky, which has been earmarked and nurtured by Richard Paterson, comes in super premium packaging supplied by companies at the top of their field - the bottle is created by French crystal house Baccarat, a solid silver stag logo created by silversmiths Hamilton & Inches and a bespoke presentation case created by Lindon-based furniture makers Linley.  The Dalmore 50 years old is released at 40% ABV and will cost £50,000 a bottle.

"This is a special year for me. Bringing the Champagne together with Matusalem sherry and port is perhaps the greatest example to date of our ability to innovate in both maturation and cask finishing while preserving the signature flavours of The Dalmore."
Richard Paterson. 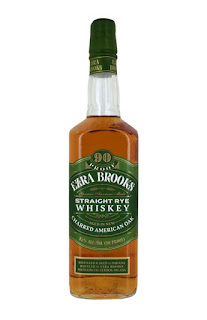 This follows recent news that the brand, which is owned by Luxco, plans to open a new bourbon distillery and visitor experience in Bardstown, Kentucky.  This will be the brand home for Ezra Brooks and progress can be followed via www.luxrowdistillers.com.


posted by Whisky For Everyone at 7:55 PM