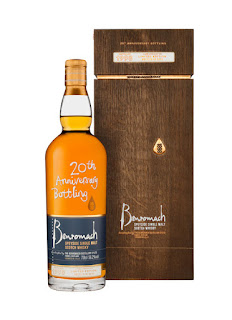 Benromach
The Speyside distillery of Benromach has announced the 20th Anniversary Bottling, a special single malt that celebrates the refurbishment and re-opening of the distillery in 1998. It has been created by Keith Cruickshank, the Distillery Manager who has been working there since the re-start. The whisky is made from spirit that was some of the first to be distilled in 1998. This has then been matured in first fill oak casks in the dunnage warehouses at the distillery on the outskirts of Forres.

There are just 3,000 bottles of the 20th Anniversary Bottling and these will be available in selected markets worldwide. 400 will be available at the distillery visitor centre shop. It is bottled at the natural cask strength of 56.2% ABV and costs £299 each.

"When we began distilling again in 1998, we wanted to recreate the unique Speyside whisky taste that historically had a touch of smoke. The 20th Anniversary Bottling gives Benromach lovers around the world the chance to own and taste a moment in time from the distillery’s rich history."
Keith Cruickshank. 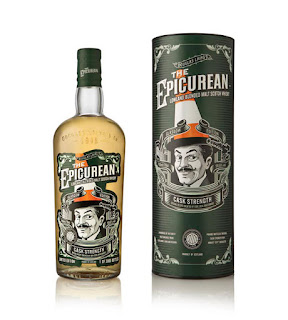 Douglas Laing
The independent bottling and whisky company of Douglas Laing & Co. have announced a limited edition version of The Epicurean, the Lowland blended malt in their Remarkable Malts series. The release forms part of the company's 70th anniversary celebrations, which will span throughout 2018 and feature a number of special bottlings.

The Epicurean Cask Strength 'Glasgow Edition' has been created following a collaboration between Douglas Laing and a panel of Glasgow's best bartenders and spirits experts. There are just 3,000 bottles and these will be available in selected retailers in selected global markets from May. Each bottle will cost £45.99. 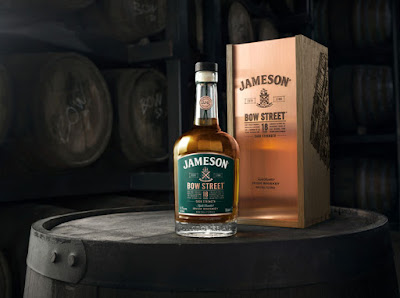 The leading Irish whiskey brand of Jameson has announced its first ever cask strength offering in the form of Jameson Bow Street 18 years old. The classic Jameson blend of Irish pot still and grain whiskeys, which are made at the Midleton distillery in Co. Cork, have been matured in a combination of ex-bourbon and ex-sherry casks before being married and re-casked in first fill American oak barrels. These are then matured for a further 6-12 months in Dublin's only live maturation warehouse on Bow Street, the original home of the Jameson distillery.

The first batch of Jameson Bow Street 18 years old is presented at 55.3% ABV and is no chill-filtered. It will be available in 20 markets from July and will cost €240 a bottle.

"I’ve long had the unique luxury of being able to taste Jameson straight from the barrel at cask strength so I’m thrilled that Irish whiskey fans around the world can now experience the full intensity of our whiskey too. As a tribute to John Jameson’s distilling legacy, we’ve introduced some methods that would have been employed in days past. The final maturation period in Bow Street is our nod to the traditional “marrying” method."
Billy Leighton - Master Blender at Midleton. 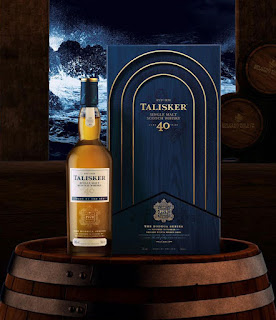 Talisker
The famous island malt brand of Talisker have announced a new collection of whiskies and the first whisky in the collection. The limited edition Talisker Bodega Series is designed to offer whisky fans a taste of historic wineries from the renowned Sherry Triangle in souther Spain. The series is launched with the release of Talisker 40 years old, which is set to be one of the oldest and most valuable expressions of Talisker released to date.

The 40 years old has been matured predominantly in re-fill casks before being finished in five specially selected ex-sherry casks from the Bodega Delgado Zuleta in Marco de Jerez. These had previously held their renowned 40 year old Amontillado sherry and have yielded just 2,000 bottles. The whisky is presented in a screen printed bottle and wooden casket, with designs inspired by the bodega buildings and local architecture.

The Talisker 40 years old is bottled at 50% ABV and will cost £2,750 each. They will be available via selected specialist whisky retailers worldwide from June. Further details of the remaining bottlings in the Talisker Bodega Series will be released in due course.

posted by Whisky For Everyone at 1:44 PM

eToro is the ultimate forex trading platform for rookie and pro traders.