The quirky Speyside distillery of BenRiach has released details of the latest batch of its annual single cask bottlings. The BenRiach Cask Bottlings Batch 16 contains a staggering 24 single casks with allocations split - 12 single casks are for the UK and Europe with another 12 going to Asia, Australia, Canada and New Zealand.

All casks have been selected by Dr. Rachel Barrie, the Master Blender for BenRiach, and are designed to show the eclectic selection of unorthodox casks maturing at the distillery. 16 of the casks contain the classic BenRiach spirit and eight contain their rarer peated spirit. Prices range from £55/ $70 US to £595/ $755 US. Details of the bottlings are listed below. 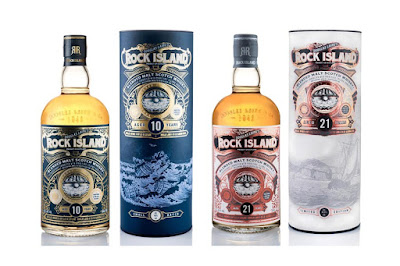 The family-owned independent bottler and blender of Douglas Laing have had a busy week with three new releases announced. The first two are additions to their rebranded Rock Island (formerly Rock Oyster) blended malt range in the form of a permanent 10 years old expression and a limited edition 21 years old.

As with all whiskies released under the Rock Island name, the blended malt only contains single malts from Scottish island-based distilleries. These are predominantly from Arran, Islay, Jura and Orkney. Both whiskies are of natural colour and non chill-filtered. No indictation of ABV was given in the press release. The Rock Island 10 years old will retail for £45 and the 21 years old, of which there are just 4200 bottles, will retail at £89. Both will be available from selected specialist whisky retailers. 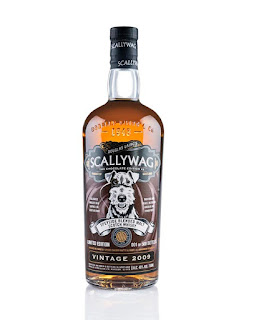 The third release sees a special limited edition of their popular Scallywag blended malt to celebrate World Chocolate Day on July 7. The Scallywag Chocolate Edition #2 features whiskies distilled in 2009 and then bottled at 10 years of age. These have been matured in Spanish oak ex-sherry butts and released at 48% ABV with natural colour and no chill-filtration. Only 500 bottles are available and they will be sold exclusively on www.douglaslaing.com from 11am on Sunday, July 7. No indication of price was given in the press release. 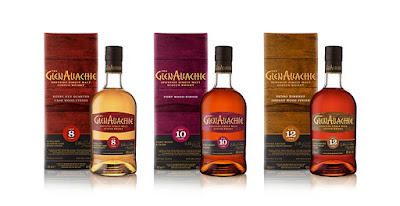 The increasingly popular Speyside distillery of GlenAllachie has revealed the first three whiskies in a new limited edition series of single malts named the Wood Finish series. The new series is designed to highlight the wood management skills of Billy Walker, the Master Distiller and owner of GlenAllachie, who selected all of the casks used for the finishing periods. All three whiskies were initially matured in American oak ex-bourbon casks before being transferred for differing periods of finishing.

All three new GlenAllachies will be available globally via specialist retailers. The Rye and Port Wood Finishes will cost £55/ $70 US and the Pedro Ximenez Wood Finish will cost £59/ $75. 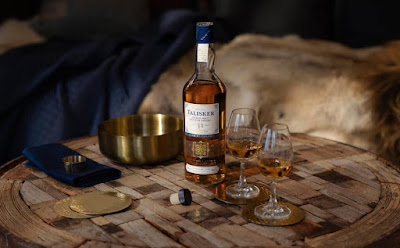 The distillery from the isle of Skye has announced the second bottling in its extremely rare Bodega Series - the Talisker Bodega Series 41 years old. The whisky was distilled and filled to cask in 1978 and is the oldest ever single malt released by the brand in its history. It has been finished in just six ex-Manzanilla sherry casks from famed bodega Delgado Zuleta, the oldest sherry producer in the famed Sherry Triangle, under the watchful eye of Master Blender Dr. Craig Watson.

The Talisker Bodega Series 41 years old is bottled at 50.7% ABV and there are only 2000 bottles available. These will be on sale from August through selected specialist whisky stores and luxury retailers. Each bottle will retail for £2900/ $3640 US/ €3230.

posted by Whisky For Everyone at 12:14 PM