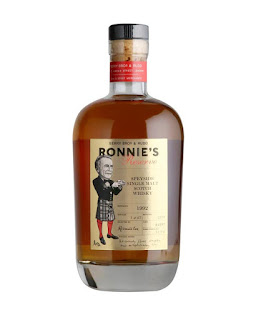 Berry Brothers & Rudd
The famous old London-based wine and spirits retailer has announced a series of seven special single cask single malt bottlings that have been curated by Ronnie Cox, the company's Brand heritage Director. The Ronnie's Reserve collection shows whiskies from the same un-named Speyside distillery spanning four decades - the 1960s, 1970s, 1980s and 1990s. All have been selected by Cox and bottled at their natural cask strengths. They will be exclusive to Berry Brothers & Rudd or via www.bbr.com. Full cask details are listed below. 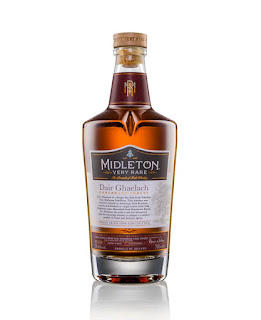 Midleton
The super premium Irish whiskey brand of Midleton Very Rare has announced the third bottling in its Dair Ghaelach series. The name, which translates as 'Irish oak' from Gaelic, refers to an experiemental collection of whiskies that sees brand owners Irish Distillers using native oak and taking part in a major tree re-population project in Ireland.

The third Dair Ghaelach release is named Knockrath Forest and follows on from the Grinsell's Wood and Bluebell Forest bottlings. The virgin Irish oak casks used for a two-year maturation were made from trees felled in the ancient Knockrath Forest in Co. Wicklow and were filled with spirit that had already been aged between 13 and 26 years. The project is overseen by three of Irish Distillers' most experienced people - Billy Leighton (Master Blender), Kevin O'Gorman (Master of Maturation) and Ger Buckley (Master Cooper).

The Midleton Very Rare Dair Ghaelach Knockrath Forest is bottled at the natural cask strength of 56.1% ABV and will be available in selected specialist retailers in China, France, Ireland, the USA and the UK. A bottle will cost €310/ £260/ $340 US. 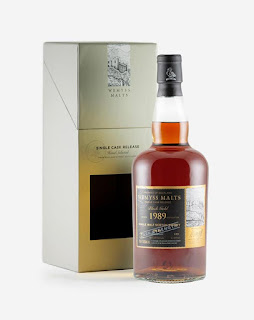 Wemyss Malts
The family owned whisky bottler of Wemyss Malts has kicked off their 15th anniversary year with the announcement of a very special single cask release. The Wemyss Malts 'Black Gold' is a 30 years old single ex-sherry cask that was distilled at the Islay distillery of Bowmore in 1989. It will be available exclusively to members of the Wemyss Malts Cask Club and is bottled at the natural cask strength of 50% ABV. There are just 175 bottles and each will cost £599. For details of how to sign up to the Cask Club - click here.

"The Black Gold is a strikingly distinctive single cask single malt whisky and a great release to start the 2020 celebration of the 15th anniversary of the founding of Wemyss Malts. I hope Cask Club members will enjoy and savour it."
William Wemyss - Director at Wemyss Malts.

posted by Whisky For Everyone at 12:11 PM