Within Inbox we aim to write a few lines detailing each press release/piece of news/PR event that we have received and provide links, where possible, for you to find out further information.  Welcome to the first Inbox of 2020 - this is the news that has grabbed our attention this week. 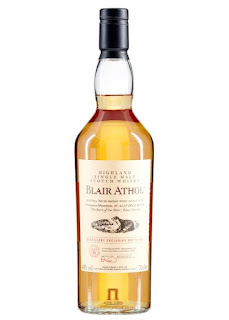 Blair Athol
The Highland distillery of Blair Athol, which is situated in Pitlochry, has announced the release of a limited edition single malt that will only be available at the distillery visitor centre. The Blair Athol Distillery Exclusive follows similar releases from other Diageo-owned Scottish single malt distilleries. The new whisky has been created from casks selected by Neil Murphy, the Senior Site Manager at Blair Athol, and his team. These include re-fill, rejuvenated and first-fill American oak ex-bourbon casks. There are just 6,000 bottles available and these are released at 48% ABV. A bottle will cost £90.

"The flavour and distillery character of this malt whisky owes much to the location of the distillery in the foothills of the Grampian Mountains, but more to the traditional skills of our expert team."
Neil Murphy. 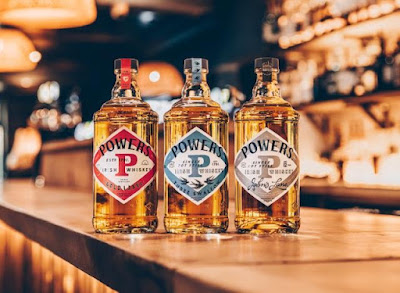 Irish Distillers, the owners of the Powers Irish whiskey brand, have announced a new packaging design and brand direction. This will kick off with the popular Gold Label expression in March 2020 and be followed by the two further expressions in the core range - John's Lane and Three Swallows - later in the year . Ireland will see a full release in March.

The new packaging is described as "a dynamic new look that is set to attract a new generation of drinkers to one of Ireland's most loved whiskey brands". The revamp includes a new bottle design, which pays homage to the pot stills at the Midelton distillery where Powers is made, and a re-modelling of the iconic Powers diamond label. These will appear in different colours for each expression. 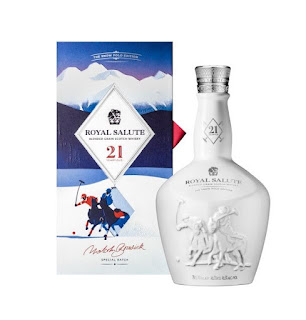 Royal Salute
The super premium blended Scotch brand of Royal Salute has revealed details of the third bottling in its annual Polo Collection - the Royal Salute 21 years old Snow Polo Edition. The new whisky is the first ever blended grain to be released under the Royal Salute name and has been crafted by Sandy Hyslop, the Master Blender for Royal Salute, using only single grain whiskies with a minimum age of 21 years.

The release pays homage to the sport of snow polo, which was invented in the town of San Moritz in Switzerland. An annual tournament is held there. The Royal Salute 21 years old Snow Polo Edition is bottled at 46.5% ABV and is non chill-filtered. Bottles will be available worldwide and will cost £120/ $155 US. For further information, please visit www.royalsalute.com.