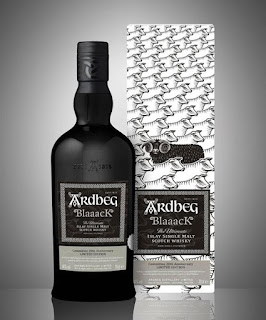 Ardbeg
The Islay distillery of Ardbeg has announced information about its annual Ardbeg Day release with the 2020 edition celebrating the 20th anniversary of the Ardbeg Committee. Ardbeg Blaaack is so named to honour the distillery's 'black sheep of the family' image amongst Islay distilleries and has been matured in ex-Pinot Noir red wine casks sourced from New Zealand by Dr. Bill Lumsden, the Director of Whisky Creation at Ardbeg.

Ardbeg Blaaack will be released on Ardbeg Day (May 30), the traditional final day of the week-long Feis Ile festival on Islay, amid celebrations both on the island and world wide. The whisky is bottled at 46% ABV and will be available via the distillery shop, plus Ardbeg Embassies and selected specialist whisky retailers around the globe. A bottle will cost £94/ €115/ $125 US. A cask strength limited edition will also be released at 50.7% ABV exclusively for Ardbeg Committee members. 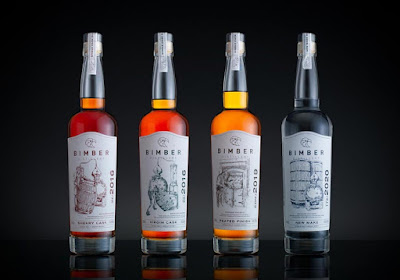 The London based distillery of Bimber has announced details of four new limited edition bottlings that will be available to visitors to their west London home - the Sherry Cask #34, the Virgin Cask #28, the Peated Finish #64PF and the New Make Batch #172. The three single cask expressions are non chill-filtered and of natural colour, while the new make is bottled at the cask filling strength.

The Peated Finish #64PF is the distillery's first ever finished whisky. It was initially matured in an ex-bourbon cask and then transferred to an ex-Islay whisky quarter cask for the final year. It is bottled at 52.4% ABV and there are 100 bottles. They will cost £75 each. The New Make Batch #172 is released at 63.5% ABV and follows interest in such a bottling from whisky enthusiasts. There are 100 bottles and each will cost £38.

"These casks were selected because of their reflection of our fruit-forward style. They demonstrate the versatility of our single malt whisky. Whilst they offer a diverse array of aromas and flavours, Bimber’s spirit character runs strongly throughout each release."
Dariusz Plazewski - Founder & Master Distiller at Bimber. 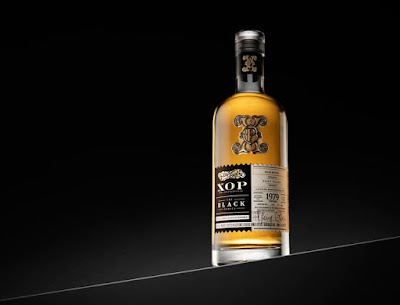 The family-owned independent bottler of Douglas Laing & Co. have announced a very special single cask bottling with their XOP The Black Series - a Port Ellen 40 years old. This is the oldest ever whisky released by the company from the fabled Islay distillery. It was distilled in December 1979 and bottled in January this year, having been matured for the full time in a re-fill ex-sherry butt.

This cask has yielded just 299 bottles and each was carefully hand filled. The whisky is non chill-filtered, of natural colour and bottled at its cask strength of 49.6% ABV. XOP The Black Series Port Ellen 1979 Vintage will be available in selected markets in Asia and Europe. Each bottle will cost £3,500/ €4,200.

posted by Whisky For Everyone at 3:50 PM