Welcome to Inbox, our weekly round up of whisky news and PR material that has found its way in to our WFE email. It was created as we cannot write full articles or do justice to every piece received. It features items from around the world of whisky and is published by us each Friday. Within Inbox we aim to write a few lines detailing each press release/piece of news/PR event that we have received and provide links, where possible, for you to find out further information.
We are now back after our break last week for The Queen's Platinum Jubilee. Here is the round-up of the news from this last week.
________ 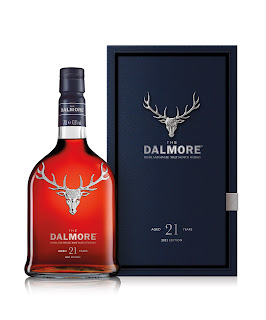 Dalmore
The north Highland distillery of Dalmore has announced a new addition to its Principal Collection. The new 21 year old expression will become the oldest whisky in the series, which also features the 18 years old and King Alexander III. It was initially matured in American white oak ex-bourbon barrels before a a lengthy finishing period in ex-Matusalem Oloroso sherry barrels sourced from the bodega of Gonzalez Byass in Jerez, Spain. This inaugural batch consists of 8,000 bottles. The Dalmore 21 years old is bottled at 43.8% ABV and will be available from specialist whisky and luxury retailers worldwide. A bottle will cost £575/ $715 US. 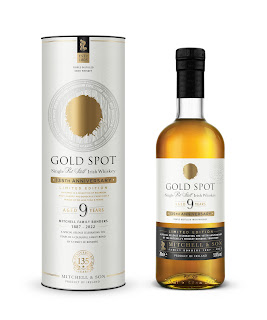 Irish Distillers
Ireland's largest whiskey producer, Irish Distillers, has released a special bottling in their popular Spot range to commemorate the 135th anniversary of partners and wine merchant Mitchell & Son entering the whisky bonding business. The Gold Spot is a single pot still whiskey that has been aged for a minimum of nine years. It is a marriage of ex-bourbon and ex-sherry casks with ex-Bordeaux red wine barrels and ex-Port pipes. The Gold Spot is released at 51.4% ABV (102.8 Proof) in a historical hat tip to whiskies from Mitchell's archive.
Gold Spot 9 years old has been unveiled at Whisky Live Dublin today (June 10) and is available now via www.spotwhiskey.com. From June 14 the whiskey will be available from Mitchell & Son stores in Ireland with limited distribution to selected world markets from mid-July. These include France, the UK, the USA and travel retail. The exact number of bottles was not revealed in the press release. Each will cost €120/ £105/ $126 US. 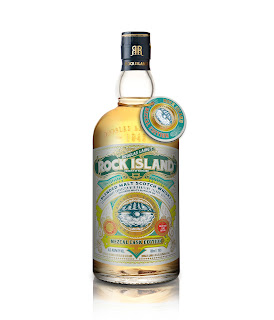 Rock Island
The blended malt brand of Rock Island, which is created by Douglas Laing & Co, has revealed an exciting new limited edition - the Rock Island Mezcal Cask Edition. As with each variant of Rock Island, the whisky is created using only single malts from Scottish islands. These include Arran, Islay, Jura and Orkney. The packaging features a vibrant green and blue design with depictions of an agave - the plant that Mezcal spirit is made from. There are just 1,500 bottles available.
The Rock Island Mezcal Cask Edition is bottled at 46.8% ABV and is both non chill-filtered and of natural colour. It will be available via specialist whisky retailers in the Americas, Asia and Europe. A bottle will cost £60/ €70/ $75 US.

"Rock Island has a naturally smoky character, so for us it was a fascinating experiment to subject the classic American oak-aged recipe to a secondary maturation in these exotic Mezcal casks from Mexico."
Rebecca Fennell / Brand Manager for Douglas Laing’s Remarkable Regional Malts. 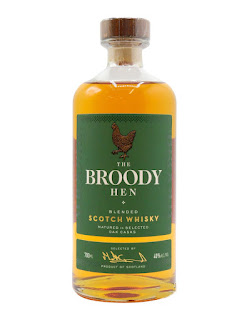 Summerhall
The Edinburgh-based distillery of Summerhall, which is best known for its Pickering Gin brand, has announced the release of its first whisky - The Broody Hen. The new blended whisky combines casks from Highland distilleries. These were selected and blended by Summerhall co-founders Matt Gammell and Marcus Pickering. It was then bottled at the distillery. The Broody Hen is released at 40% ABV and is available from the Summerhall website and selected specialist retailers in six world markets - Bahamas, Europe, Japan, North America, Singapore and South Korea. A bottle will cost £30/ $38 US.
Get Social With Us
Follow us for regular whisky updates and activities throughout the week.

posted by Whisky For Everyone at 2:32 PM