Welcome to Inbox, our weekly round up of whisky news and PR material that has found its way in to our WFE email. It was created as we cannot write full articles or do justice to every piece received. It features items from around the world of whisky and is published by us each Friday. Within Inbox we aim to write a few lines detailing each press release/piece of news/PR event that we have received and provide links, where possible, for you to find out further information.
Here is the round-up of the news from this last week.
________
Bladnoch 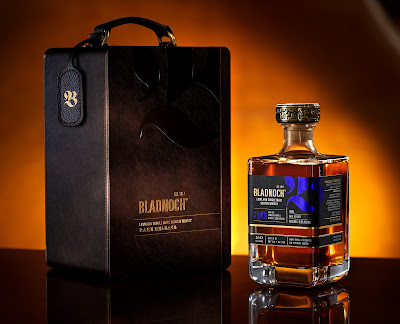 The revived Lowland distillery of Bladnoch has announced the oldest ever expression to be released under the current ownership - the Bladnoch 30 years old. The new whisky is a combination of just two casks - a first-fill ex-Oloroso sherry barrel and a first-fill ex-Moscatel cask. It has been created by Dr. Nick Savage, the Master Distiller at Bladnoch.
The Bladnoch 30 years old is bottled at 45.5% ABV and is both non chill-filtered and of natural colour. The release is limited to just 950 bottles with each costing £1,000 ($1,230 US). It will be available from www.bladnoch.com and the distillery shop, plus selected specialist retailers in selected world markets.
Macallan 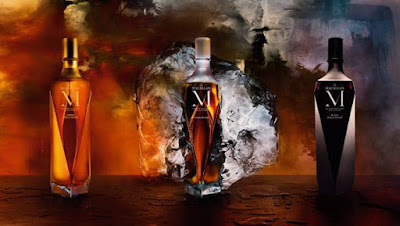 The Speyside distillery of Macallan has announced their latest series - The Macallan M Collection 2022 Releases. The collection is designed to show the foundations of Macallan's whisky making, which are known as The Six Pillars, and consists of three new whiskies - the Macallan M, M Black and M Copper. All are presented in bespoke decanters created by the famous French crystal manufacturer Lalique.
Macallan M celebrates the whisky's natural colour and is bottled at 45% ABV.  M Black features rare peated spirit that is occasionally made at the distillery and is released at 46% ABV. M Copper showcases the small stills and is bottled at 42% ABV. All have been matured in sherry seasoned oak barrels and will be available in limited numbers via selected whisky and luxury retailers worldwide. The Macallan M will cost £5,000 ($6,150 US) a bottle, M Black £5,700 ($7,000 US) and M Copper £6,250 ($7,700 US). 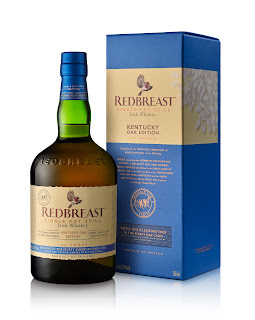 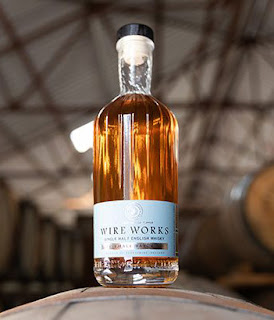 White Peak
The craft English whisky distillery of White Peak has announced the second release of their Wire Works single malt - the Wire Works Small Batch. It follows their inaugural release in February. The new whisky is a vatting of American oak ex-bourbon casks and French oak STR (shaved, toasted and recharred) barrels. There are just 4,300 bottles and these are released at 46.2% ABV. The Wire Works Small Batch will only be available from the distillery shop in Derbyshire or via www.whitepeakdistillery.co.uk. It is part of a wider release programme for 2022. A bottle will cost £60.
Get Social With Us
Follow us for regular whisky updates and activities throughout the week.

posted by Whisky For Everyone at 4:16 PM