Inbox is back after its festive break and is ready to bring you more news! Inbox is a weekly round up of whisky news and PR type material that has found its way in to our email inbox. Sadly, we cannot write full articles or do justice to every piece that we receive, so Inbox has been born! It features items from around the world of whisky and is published by us each Friday. Within Inbox we will write a few lines detailing each press release/piece of news/PR event that we have received and provide links, where possible, for you to find out further information if you want to. Here are this week's findings ...
______________________________________________________________
Glenmorangie > Finealta's official European launch

This week has seen the official European launch of Glenmorangie's latest single malt - the Finealta (pronounced fin-alta). The whisky is the first Glenmorangie to be made in the peaty, smoky style for nearly a century and it is a recreation of a recipe found amongst some old documents from the early 1900s. Finealta is already available, having been given soft launches to certain travel retail/Duty Free markets last autumn and then to the UK retail market last month.

The European launch was held at the famous (and recently renovated) Savoy Hotel in London. To mark the occasion, the Savoy's American Bar has created a Finealta based whisky cocktail named 'Smoke & Mirrors'. This is served in a Martini glass and is made with Finealta, aromatic bitters, Benedictine and a French aperitif called Byrrh with a garnish of orange twist. To read our recent review of Glenmorangie Finealta - click here. 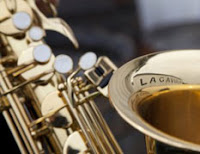 Diageo, the owners of the iconic and smoky Lagavulin single malt whisky from the western island of Islay, have announced that they are to continue sponsoring the Islay Jazz Festival in 2011. Lagavulin sponsored the event last year and this year's event takes place on 16-18 September. The festival attracts hundreds of jazz lovers and musicians to Islay each year and it takes place at various locations around the famous whisky island. Fiona Alexander from promoters Jazz Scotland welcomed the second year of sponsorship by commenting, ”With its distinctive and rich programme and undeniable sense of place, the Festival shares the values of its sponsor: Lagavulin. Both are fine Islay products with world-class appeal”. Highlights of last year's festival can be viewed at www.islayjazzfestival.co.uk.
posted by Matt C at 7:10 AM