Whisky Books - Our Top 5 for Christmas 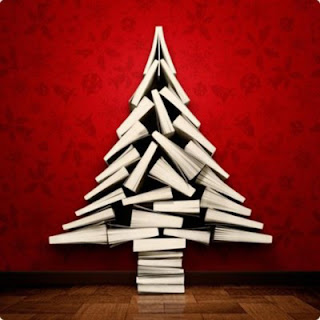 At this time of the year attentions begin to turn to the forthcoming festive period.  For the last couple of years we have written a beginner's guide to buying whisky as a present and recommended some of our favourite whiskies that may be considered as good options - if you want to read this, please click here.  This year we have decided to take a look at the ever growing number of whisky books that are on the market.

There has never been a better selection of books on the subject of whisky, due to the massive increase in popularity of whisky as a subject and the number of people exploring the world of whisky for the first time.  But much like buying a bottle for a loved one or colleague, how do you choose the correct one from the plethora of books on the shelves of a bookstore or online retailer?  Below, we have picked five of our favourite new releases from this year ...


The beginner's one - Malt Whisky Yearbook 2013 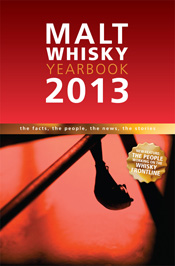 This annual release from Ingvar Ronde is a 'must buy' for any whisky lover, but we think that it is particularly good for beginners starting on their 'personal whisky journey'.  It helped us greatly when we were starting out, and continues to do so.  The book covers most aspects of the whisky industry - what has happened in the last year, hot topics, stats and figures, good shops and websites - but it also 'gets under the skin' of the industry with interesting interviews with distillery managers, brand ambassadors and other people working with whisky.

However the best part of the book is the distillery section - this is invaluable and gives a historical timeline for for each Scottish distillery, as well as a summary of what has happened or is happening there and tasting notes for their entry level whisky.  This section has been expanded greatly to now include many of the new distilleries around the globe.  Price - £13.95. 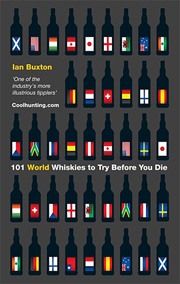 This book by whisky writer Ian Buxton is the follow up to his 101 Whiskies To Try Before You Die from 2012.  That book focused mainly on Scottish whiskies with a few from elsewhere.  Here Buxton casts his eye (and taste buds) over the best examples being produced by the ever growing number of distilleries across the globe.  Now there are a great number of products that challenge the tradition whisky powerhouses of Ireland, Japan, Scotland and the USA.

There are still some examples from each of these countries, but the main focus is on up and coming countries such as Australia, England, Finland, India, Sweden and Taiwan amongst others. His proviso is simple - the whiskies must be readily available in specialist or online retailers, and they must be affordable. Price - £12.99. 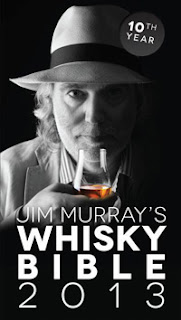 In addition to the Malt Whisky Yearbook, this is the other annual 'must have' release. Whisky writer Jim Murray has built up a worldwide following over the last ten years and now racks up sales of around 100,000 copies for each edition.  Each year, Murray samples around 4,000 whiskies and the book is basically his tasting notes and comments about each one.  He also uses his own points system to score each whisky out of 100.

Murray is highly influential within the whisky industry and whisky consumers take note of what he says and the scores given.  With each edition his 'Whisky of the Year' will see a huge spike in sales and interest to the point that it invariably sells out.  There are other features within the book, such as a round up of what is happening in the industry with Murray's often controversial take on them.  However the wall to wall tasting notes of a vast array of whiskies from around the world make this a whisky connoisseur's dream.  It is this that also makes it daunting for a beginner in our opinion. Price - £12.99.

The educational one - Canadian Whisky : The Portable Expert 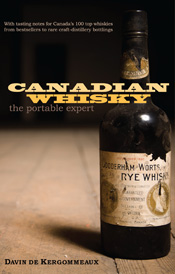 Canadian whisky is growing in popularity hugely around the world and picking up major awards.   In this book Davin de Kergommeaux, a world authority on Canadian whisky, brings to life the industry and country that he loves.  The Portable Expert tells the story of the whisky industry in Canada and breaks down some of the myths that have built up about it.

The book is split in to five sections covering each of the elements that the whiskies are made from, how they are made, how to taste and get the most out of them, the history of Canadian whisky and profiles of the nine distilleries currently in production in the country.  There are also tasting notes from 100 of the best examples of the genre. If you don't know anything about Canadian whisky, then you certainly will by the end.  We are currently reading it and it is fascinating.  Price - £15.99.

The 'coffee table' one - Whisky Opus 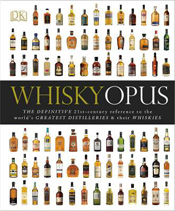 The bold tagline for this hardback book is "the definitive 21st-century reference to the world's greatest distilleries and their whiskies" and it has been written by whisky writers Gavin D. Smith and Dominic Roskrow, with contributions by experts Davin de Kergommeaux and Jürgen Deibel.  The Whisky Opus is a glossy, nicely designed production that it packed with some lovely photography and plenty of interesting information and facts.

The book kicks off with an introduction entitled Whisky : The Big Questions and this tackles some of the current hot topics and commonly asked questions.  It then looks through both the traditional whisky making countries and those that are new or up-and-coming. The Whisky Opus brings the world of whisky to life in a visual way that only a larger format of book can do, while also containing substantial and informative written content. Price - £30.

posted by Whisky For Everyone at 9:14 PM