Within Inbox we aim to write a few lines detailing each press release/piece of news/PR event that we have received and provide links, where possible, for you to find out further information.  This week seems to have been a bumper one for news with plenty of new releases announced - here is what has attracted our attention ...

Arguably the biggest news of the week was the eagerly anticipated announcement from Diageo regarding the line up of whiskies in this year's Special Releases programme. This year sees 10 single malts released, all of which are limited editions.  We have posted a special feature earlier this week about this year's bottlings and this includes details about each one - click here to read more.


Douglas Laing & Co - Get down to the particulars 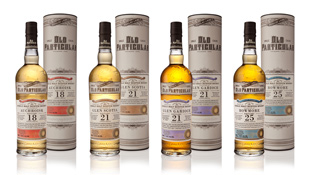 The independent bottling company of Douglas Laing, which is one of Scotland's oldest such companies, have announced the their new range of single cask single malts.  The Old Particular range has been in development since January and includes stylish packaging which is packed with information and is colour coded depending on the whisky's region of origin.  All casks are hand selected by Fred Laing, the Managing Director, and Jan Beckers, the Global Brand Ambassador for the company.

The Old Particular range will be bottled at three different strengths - 48.4% ABV for ages up to 18 years old, 51.5% ABV for ages 19 years old + and the natural cask strength for selected rarities.  All will be of natural colour and non chill-filtered.  The first batch is available now through selected specialist whisky retailers and includes bottlings from the two sought after closed distilleries of Caperdonich and Port Ellen.

English Whisky Co - Lucky 13?
The Norfolk based English Whisky Company have announced the release of their latest single malt.  The Chapter 13 has been constructed from a secret combination of casks and these have yielded just 1,300 bottles.  It has been bottled at 49% and will be available shortly from specialist retailers.  The price has yet to be revealed.  For further information on the company, their St. George's distillery or the Chapter 13 - please visit www.englishwhisky.co.uk. 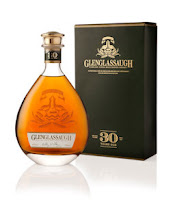 Glenglassaugh - Life begins at ... 30
The Benriach Distillery Company have announced the first single malt to be released from Glenglassaugh since they took over the east Highland distillery in March.  The Glenglassaugh 30 years old is bottled at 44.8% ABV and will be available shortly through specialist retailers.  No details of the proposed price have been made available to date. The release is the first of a number of planned developments for the distillery and brand by the new owners. 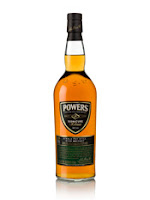 Powers - New product and classic revamp
The Irish whiskey brand of Powers has announced a new addition to its range in the form of the Signature Reserve.  It is the second single pot still whiskey in the range, following the super premium John's Lane, and has mostly been matured in ex-bourbon barrels along with a small percentage of ex-Oloroso sherry casks.  The new whiskey will initially be released in Ireland and the USA, with other markets to follow in time.  No details of price point have been supplied.

Also, the brand has revamped the packaging of its classic Gold Label expression and this brings it in line with the newer bottlings in the Powers range.  The alcohol strength has been raised to 43.2% ABV and it will be non chill filtered.  The new packaging will appear initially in the USA very shortly and be rolled out around other markets over the coming months.

Tomatin - Release a beast of a whisky
The Highland distillery of Tomatin have announced a new product, named Cù Bòcan.  The single malt is lightly peated and only 60,000 litres of it are produced at the distillery each year.  The name comes from a local legend in which the Cù Bòcan, a ghostly canine-like creature, appears and causes havoc once every generation, before mysteriously disappearing in a puff of blue smoke.

The Cù Bòcan is bottled at 46% ABV and will be available worldwide in limited quantities from specialist retailers, with a recommended retail price of £43.99.  It has been matured in a combination of Virgin Oak, ex-bourbon and ex-sherry casks.  For more details about the whisky and the legend of the Cù Bòcan, please visit the new website that is accompanying the launch - www.cu-bocan.com.

posted by Whisky For Everyone at 7:14 PM