Ballantine's - Tee off with new club

The popular blended Scotch brand has launched an innovative new online club for golfers that taps in to the game, its lifestyle and its members love of golf and whisky.  The Ballantine's Golf Club will offer exclusive content, invitational events, whisky tastings, VIP hospitality and a range of member rewards. In addition, members will get the opportunity to meet and play with top players and participate in a member-only global tournament.

Leading golfer Ian Poulter has been employed as the Club's first captain and will front the promotional campaign, including a short documentary entitled 'Moments of Truth' which charts his golf career to the point it is now.  Check this out below.  Registrations are now being taken on the dedicated website www.ballantinesgolfclub.com, which will be fully live in October. 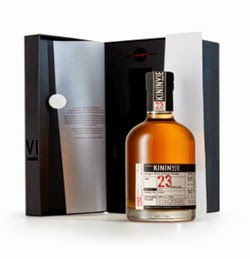 Kininvie - Small batch released
The little known Speyside distillery of Kininvie, which is located in Dufftown and owned by William Grant & Sons, has announced the release of its first official single malt in to the UK market.  The Kininvie 23 years old, which contains some casks whisky from the distillery's very first distillation in July 1990, has been produced in a small batch and features a mix of 80% ex-bourbon and 20% ex-sherry casks.

Each bottle in the batch is individually numbered, including the batch number and year of distillation.  This is only the second ever batch of Kininvie and it will be available from specialist UK whisky retailers shortly.  The recommended retail price is £97 for a 35cl bottle. 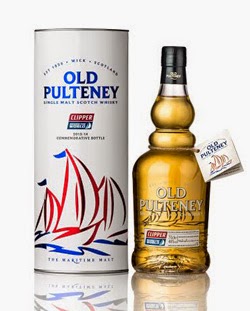 Old Pulteney - Sets sail with a new malt
The north Highland distillery of Old Pulteney have announced a new limited edition single malt to commemorate the completion of the Clipper Round The World yacht race.  One of the vessels taking part was sponsored by Old Pulteney and the whisky has been released to thank the crew who have manned it on its 11 month journey.  The race started in London and then went to France, Brazil, South Africa, Australia, China, the USA, Panama, Jamaica and Holland amongst other places.

The whisky has been matured in a combination of ex-bourbon and ex-sherry casks of different ages and has been bottled at 46% ABV.  It is presented in Clipper Race themed packaging and is of natural colour and is non chill-filtered.  There will only be 16,200 bottles released and they will be available very soon in selected specialist whisky retailers.  The recommended retail price is £50.