The leading blended whisky brand of Dewar's has announced a collaboration with leading mixologist Tom Walker, a bartender at The American Bar in the famous Savoy Hotel in London.  The hotel has historic links with the brand as Tommy Dewar stayed there for a number of years as he built the business in the capital.  Walker's creations have drawn on heritage cocktail recipes and added a contemporary twist. 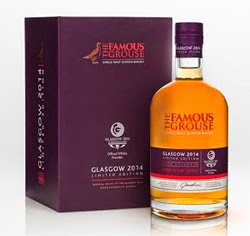 Famous Grouse - Special bottling released
The popular blended Scotch brand has announced the release of a limited edition whisky to mark its sponsorship of the forthcoming Commonwealth Games, which this year is being held in Glasgow and begins on July 23.  The whisky is a 28 years old single malt from Glenturret in the Highlands, which is the spiritual home of the Famous Grouse and the location of the award-winning Famous Grouse Experience.

There are just 1,800 bottles and they will be available in selected stockist and via www.thefamousgrouse.com shop.  A bottle will cost £150.

Gordon Motion, the Master Blender for The Famous Grouse, said: "We are extremely proud to be the Official Whisky of Glasgow 2014 and wanted to mark this momentous occasion. When deliberating what to release, the Glenturret 1986 was the ideal choice and very timely. Glenturret is not only integral to The Famous Grouse blend but this particular batch was laid down to age in oak casks 28 years ago, the very year when the Commonwealth Games last visited the home of Scotch whisky." 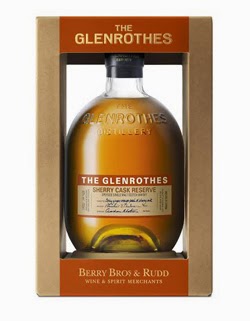 Glenrothes - New bottling
Berry Brothers & Rudd have announced a new single malt from their award-winning Glenrothes distillery in Speyside.  The Sherry Cask Reserve is the first Glenrothes single malt to be fully matured in first-fill ex-sherry casks and will be available shortly from specialist whisky retailers around the globe.  The casks used have been hand selected by the Glenrothes Malt Master, Gordon Motion (yes, that's the same man as above) and it has been bottled at 40% ABV.  The price will be £55/€65. 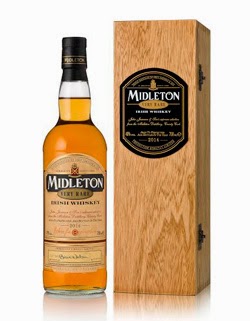 Midleton  - Very Rare returns
Irish Distillers Pernod Ricard have announced the latest batch of their Midleton Very Rare whisky.  The 2014 Edition is made in a small batch and is the first to feature casks hand selected by Brian Nation, the new Master Distiller.  As with previous releases, the whiskey is a blend of single pot still and grain whiskeys that have been aged in lightly charred ex-bourbon American oak casks for between 15 and 22 years.  It will be available in specialist retailers shortly.  Pricing was not included in the press release.

posted by Whisky For Everyone at 11:41 PM