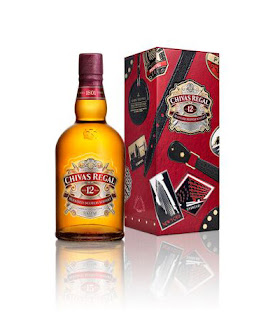 Chivas Regal - Globe trotting
The blended Scotch brand of Chivas Regal has announced the fourth edition in its Made For Gentlemen series.  The latest collaboration is with luxury luggage designers Globe-Trotter and the specially designed tin, which contains the Chivas Regal 12 years old expression, features elements of luggage and bespoke travel labels created by illustrator Andrew Davidson.  The new packaging will be available globally through travel retail and will cost £26/€35/$US40. 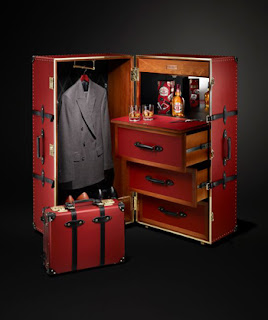 As part of the collaboration, Globe-Trotter have created a luxury travel trunk. Features include a detachable travel case, compartments for storing further clothing and travel accessories, a mini bar for your bottle of Chivas Regal 12 years old and handles made from American white oak.  The trunk will be available from Globe-Trotter's flagship store in London from early October and will retail for £12,000.  The proceeds from the first trunk sold will all be donated to The Prince's Trust charity.

The world's leading Scotch whisky brand has launched its latest, and largest ever, global market campaign.  Joy Will Take You Further has been created by Anomaly, Diageo's creative agency, and is seen as a natural progression of the vastly popular Keep Walking campaign.  It explores the idea that joy and happiness can bring you success, rather than the common perception that it is the other way around.

The advert, which you can watch above, features a multitude of well known names including ex-Formula One World Champion Jenson Button, Oscar-nominated actor Jude Law, Chinese actor Zhao Wei, US rock band OK Go and Mexican supermodel Montserrat Oliver. It also features many ordinary people who have achieved great things in their lives. The campaign was launched simultaneously in 50 countries around the globe and will be seen by an estimated 270 million consumers in its opening weeks.

Syl Saller, Chief Marketing Officer at Diageo, said: "The launch of Keep Walking marked a fundamental shift in the way Scotch was marketed and kick started a decade of growth for both Johnnie Walker and the category as a whole. I am hugely excited about the potential of this new campaign to drive Johnnie Walker forward to the next decade of growth. It is rooted in deep consumer insight and tells true stories of people who have truly walked with joy." 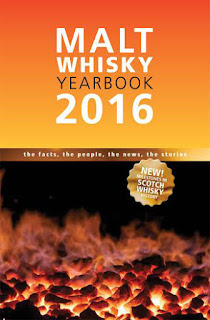 Malt Whisky Yearbook
Ingvar Ronde, author of our favourite annual whisky book, has announced details of the latest edition.  The Malt Whisky Yearbook 2016 features a record 397 whisky distilleries from around the world, plus a new feature called Milestones In Whisky History and a new contemporary layout. Regular features such as The Whisky Year That Was and recommended whisky shops, blogs and websites, books, global market statistics and analysis are also featured.  There are also articles by some of the world's leading whisky writers and authorities about current hot topics in the industry and over 250 tasting notes. The MWY 2016 will be available from October 1 and is priced at £13.95.


posted by Whisky For Everyone at 7:43 PM