Within Inbox we aim to write a few lines detailing each press release/piece of news/PR event that we have received and provide links, where possible, for you to find out further information. There are lots of new releases  and re-branding this week, so make sure you are sitting comfortably.  Here is what has caught our attention ...


Ardbeg - Goes where no single malt has gone before
Some time ago, we reported on samples of Ardbeg's Islay single malt whisky being blasted in to space for an experiment in conjunction with Nanoracks.  Now the samples are back and have been analysed by scientists including Dr. Bill Lumsden, the Director of Distilling and Whisky Innovation for Ardbeg.  You can read his white paper on the results by clicking here, if you want the full story.  If you would rather just 'catch the highlights', then please watch the short film below .... 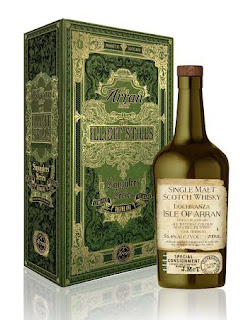 Arran - Smuggles in new release
The independently owned Isle of Arran distillery has announced a new trilogy of whiskies, plus the first release in that series.  The trilogy will be named The Smuggler's Series and each release will pay homage to the illicit whisky trade that took place between Arran and Glasgow during the 18th and 19th centuries.  Volume I, nicknamed The Illicit Stills, is presented is special packaging that mimics a book and folds open to reveal the bottle hidden inside a cut out compartment.

The whisky itself has a heavy peat influence reminiscent of whiskies from that period and has been matured in ex-bourbon casks and ex-Port pipes.  Volume I is bottled at the natural cask strength of 56.4% ABV, is non-chill filtered, of natural colour and limited to just 8,700 bottles worldwide.  It will be available through specialist whisky retailers shortly and has a recommended retail price of £85. 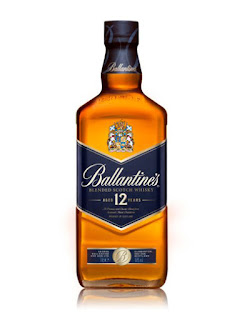 Ballantine's - Revamps 12
The hugely popular Scotch blended whisky brand of Ballantine's had revealed a re-design for its 12 years old expression.  The packaging includes a new taller bottle, navy colour scheme, the re-positioning of the Ballantine's crest and a chevron label.  This brings it in line with the best-selling Finest, which saw a similar revamp a couple of years ago. The new packaging will be available across global markets from October and is designed to have more shelf presence and have a more contemporary feel. 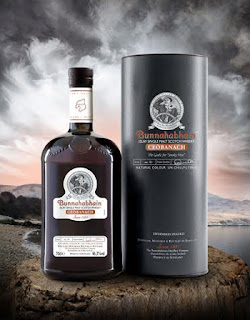 Burn Stewart - Triple whammy
Burn Stewart Distillers have announced that second batches will be released of three of its award winning single malts - the Bunnahabhain Ceòbanach (pictured), Deanston 18 years old and Ledaig 18 years old.  The Ceòbanach Batch 2, which is a smoky peaty version of Bunnahabhain from the isle of Islay, will be released in October.  The Deanston, which hails from the Highlands, and the Ledaig, which is a peaty version of Tobermory from the isle of Mull, will appear in November.  All three are non-chill filtered.  Details of ABV strength and prices were not included in the press release. 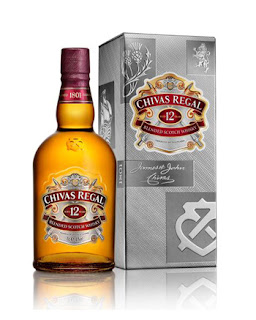 Chivas Regal - Refreshing new look
The premium blended Scotch of Chivas Regal has unveiled a new bottle and packaging designed for the 12 years old expression, the cornerstone of its core range.  This has been done to highlight the craftsmanship, heritage and luxurious nature of the brand.  The bottle has an elongated shape, the label has been simplified and brand iconography has been designed in to the glass included the signatures of founders John and James Chivas.  The packaging features a more contemporary design, simplified logo, embossing and brand heritage icons. 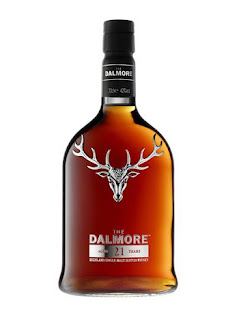 Dalmore - two limited bottlings
The north Highland distillery of Dalmore has announced two limited edition single malts to add to its portfolio - the Dalmore 21 and 30 year olds.  Both have been crafted using casks hand selected by Richard Paterson, the Master Distiller for Dalmore.  The 21 years old expression has been matured in American oak before being finished in first-fill ex-Matusalem Oloroso sherry casks.  It has been bottled at 42% ABV.  There will be just 8,000 bottles of this and they will retail for a recommended price of £350.  It will be available globally from specialist whisky retailers from September 18. 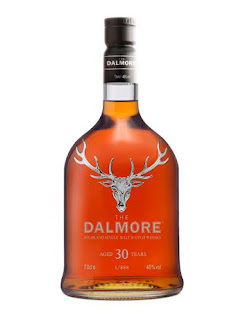 The 30 years old expression has been matured in ex-Matusalem Oloroso and ex-Amoroso Oloroso sherry butts from the legendary Gonzalez Byass bodega in Jerez.  It has been bottled at 45% ABV and there are just 888 bottles released.  The recommended retail price is £1,500 and it will be available globally from prestige retailers and specialist whisky retailers from early October. 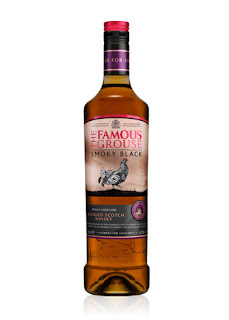 Famous Grouse - Back to Black
The UK's best selling blended Scotch has revealed a new look and name for its Black Grouse bottling.  The Famous Grouse Smoky Black will contain the same liquid as before, including peaty whisky from its spiritual home - the Glenturret distillery in Perthshire.  The new name was created to aid consumer understanding of the core range.  The revamp includes a new bottle shape, a more prominent depiction of the black grouse on the label and tinted glass to reflect its rich and smoky character.  The Famous Grouse Smoky Black will appear in retailers shortly and be priced at £27 per bottle.

Glenfiddich - Back to their origins 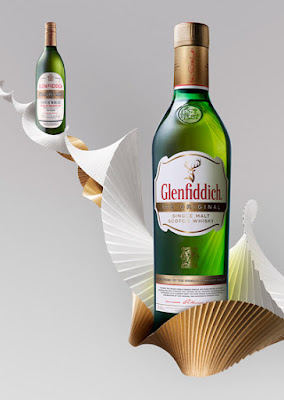 William Grant & Sons, owners of Glenfiddich, have announced a very special bottling of their single malt - Glenfiddich The Original.  The release has been inspired by the Glenfiddich Straight Malt, which was first released in 1963 and which is widely regarded as being the first ever single malt to be marketed as such.  The Original features packaging that harks back to that first Straight Malt and has been faithfully recreated as closely as possible by Brian Kinsman, the Glenfiddich Malt Master.  To achieve this, he tasted the 1963 version and referred to company ledgers from the time.  The Original is bottled at 40% ABV and will be available shortly in specialist retailers. The price will be £85.

Brian Kinsman commented: “Glenfiddich has an unrivalled collection of rare and aged single malts from which we can draw for Glenfiddich The Original. It is a true taste of history. It’s an honour to unveil this exclusive whisky which is light and fruity with hints of sherry spice from the European oak sherry butts that were predominantly used in the 1960s.”

Royal Salute - From here to Eternity 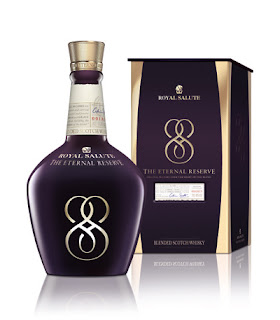 The Royal Salute blended Scotch has announced a new limited batch expression for its core range that uses a pioneering blending technique developed by Chivas Brothers, the brand owners.  The Eternal Reserve uses a process called 'circular blending', which involves blending and marrying 88 hand selected casks of whisky for this first batch.  Half of this batch, plus half of any subsequent batches, will then be re-casked to be used within the next batch and this means that some of the original 2015 batch will always be present.  Slightly confused?  Yes, so were we.  Here is a diagram of how the process works .... 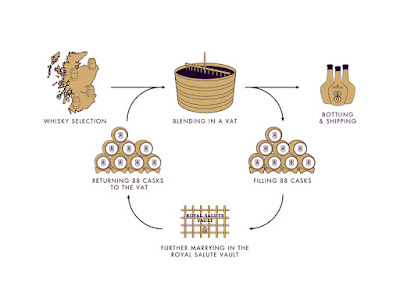 The liquid contains whiskies with a minimum of 21 years of age and is presented in a porcelain flagon designed and made by Wade Ceramics, who hand glaze and decorate each flagon individually.  This comes in a rigid cardboard box.  The Eternal Reserve will be exclusively available globally in the Travel Retail sector and will be supported by promotional material highlighting the .circuler blending' process.  A 70cl bottle will cost £120/$180 US.

posted by Whisky For Everyone at 9:19 PM

Get all your favorite alcoholic drinks on Duty Free Depot!

eToro is the #1 forex trading platform for beginning and pro traders.