An American Whiskey Fan In London 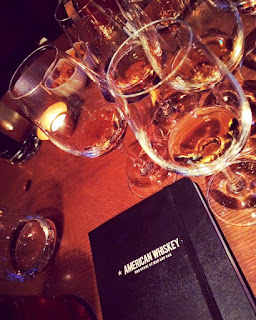 Being a fan of American whiskey in the UK can be a challenge. To the uninitiated (like this London-based whisky commentator who writes and comments on social media about Scotch whisky) the topic of American whiskey can appear a bit daunting and confusing.  Where do you find information?

There do not seem to be many UK sources apart from the occasional brand ambassador floating around at whisky shows or events if you are lucky enough to be able to attend these.

There are plenty of UK-based whisky blogs and information websites, but most deal predominantly with Scotch.  My own blog falls in to this category.  Other potential sources on information such as bars and retailers, mainly most follow a similar pattern.  Even some speakeasy-style bars across the capital, often stacked with hundreds of bourbon and rye whiskies, sees the knowledge of the staff or bartenders limited to a few very basic facts.  I speak from experience.

This trend appears to be due for a change thanks to a website called American-whiskey.com being recently launched.  I was pleased to be invited to attend a special event in London to celebrate.  Subtitled 'The Story of Man and Oak', the site had me intrigued with its bold graphics, rolling videos and edgy photography.

The world of American whiskey is often seen as bolder, brasher and less sophisticated than Scotch.  A simple look at American-whiskey.com challenges this perception.  The ingredients are more varied and the production processes are very different to Scotch, and the flavours generated are of an alternative profile.  The history also follows a different and fascinating track.

Information on the website is split in to three main sections - Discover, Enjoy and The Makers.  So what cool facts did I learn?

Did you know that George Washington, America's first President, ran a distillery after retiring from politics or that the Old Fashioned cocktail was reputedly invented in the Pendennis Club in Louisville, Kentucky in the 1880s? Or, the name for the charcoal filtering in Tennessee whiskey is called the Lincoln County Process.  I certainly did not. 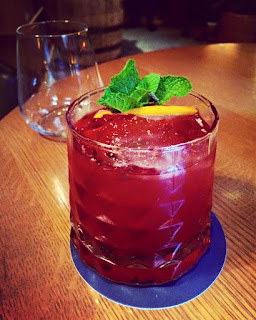 A summer fruit & Woodford Reserve Old Fashioned
from the launch event at The Punch Room, London.


Other interesting snippets of information that I discovered include Old Forester being the first bourbon brand to be sold in glass bottles to stop people watering down the whiskey, Pittsburgh in Pennsylvania being the centre of rye whiskey production in the late 18th and early 19th centuries and that all the sugar maple charcoal used to filter Jack Daniel's is produced at the distillery by dedicated staff.

As the popularity of American whiskey grows in the UK, then a site like American-whiskey.com becomes essential.  Most people do not want or need to know an endless list of nerdy scientific production facts but some useful and basic information, flavour profiles and creative ways to use the whiskeys is helpful.

A little information can go a long way as they say.  This new website will certainly help this Londoner next time he needs to talk to someone about American whiskey or heads in to a bar for a cocktail.  Now, time for another Old Fashioned and some more reading ...