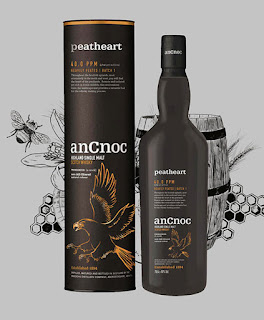 AnCnoc
The Highland distillery of Knockdhu have announced the release of their latest peated expression under their AnCnoc single malt brand. The AnCnoc Peatheart is the most peaty offering to date in their expanding series with a peating level of 40PPM in the malt used. It has been matured in ex-bourbon casks for 'over a decade' says the press release. The packaging features a golden eagle, which are spotting soaring above the distillery in the east Highlands. Peatheart is bottled at 46% ABV and no details of pricing was given in the press release. 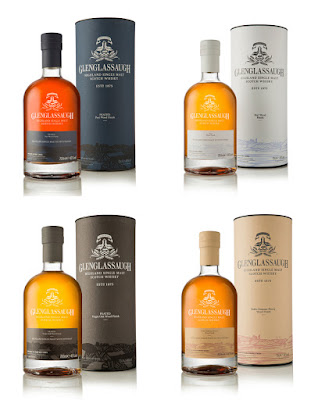 The coastal distillery of Glenglassaugh has just revealed details of its first ever wood finish series. The Wood Finishes feature four single malts, two peated and two non-peated - Peated Port Wood, Peated Virgin Oak, Pedro Ximenex and Port Wood - has been created by Rachel Barrie, the Whisky Maker for Glenglassaugh. Each were first matured in ex-bourbon casks. All are bottled at 46% ABV and prices were not given in the press release.

For the Peated Port Wood and Port Wood expressions the whisky has been finished in ex-ruby Port pipes sourced from the Douro Valley. The Virgin Oak sees a finishing period in virgin American oak casks and the Pedro Ximenez used casks that have previously held the 'King of Sherries' made from the sun-dried PX grape.

“The release of Glenglassaugh’s first ever Wood Finish range marks a new chapter for this elemental distillery. As surf crashes on Sandend Bay and the invigorating North Sea air passes through our warehouses, Glenglassaugh matures first in American ex-bourbon casks, before changing course.”
Rachel Barrie. 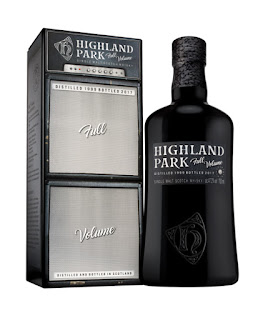 Highland Park
The popular Highland Park distillery from the Orkneys has released yet another product in to its core range - the Highland Park Full Volume. In a departure from its Nordic branding, Full Volume is inspired by the music industry and compares the work of the whisky master blender with that of a music producer.

The whisky has been created by Gordon Motion, the Master Whisky Maker for Highland Park, and uses 100% ex-bourbon casks. This is another departure for the brand, which is well known for its use of ex-sherry casks. All the whisky used for Full Volume was distilled in 1999 and it is bottled at a strength of 47.2% ABV. It will initially be available in the USA and will cost $118 US (£90) per bottle.

"The music producer makes sure that music is balanced at every level. Similarly, the master whisky maker must have a profound understanding of the material he is working with when putting together a whisky. He is responsible for balancing every individual wave of flavour in the whisky."
Jason Craig - Brand Director at Highland Park.

posted by Whisky For Everyone at 8:48 AM